The Panigale V2 will be the first BS 6-compliant motorcycle by Ducati in India.It is a successor to the outgoing 959 Panigale motorcycle.
By : Prashant Singh
| Updated on: 23 Jul 2020, 05:51 PM 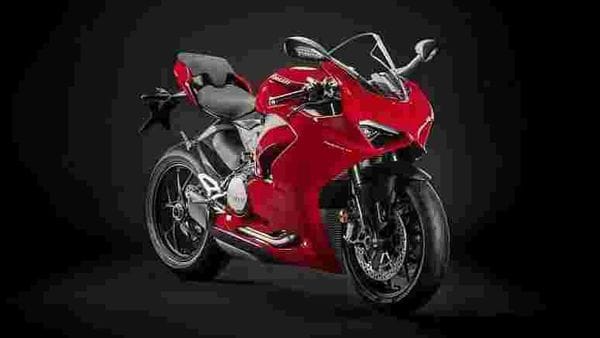 Ducati Panigale V2 is a successor to the 959 Panigale.

After a long wait, Ducati is finally gearing up to launch the new Panigale V2 in the Indian market. The company has already announced the pre-bookings for the upcoming sports bike.

The company doesn’t have any BS 6 bikes in the portfolio currently, the Panigale V2 will be the first BS 6-compliant motorcycle by Ducati in India. The Italian premium bike maker has already teased the Panigale V2 on its social media handles in the past. The test rides of the new V2 will begin in sometime and the company promises on deliveries right after the prices come out.

The Panigale V2 made its debut at the EICMA 2019, it is a successor to the outgoing 959 Panigale motorcycle.

Is it more powerful than the 959 Panigale?

The Panigale V2 sources power from a 955 cc super-quadro L-twin motor that’s good enough to return 155 PS of maximum power at 10,750 rpm and this power is backed-up by a peak torque output of 104 Nm at 9,000 rpm. For the record, as against its predecessor, the peak power and torque has gone up by 5 PS and 2 Nm.

The Panigale V2 has received a slew of major design updates against the model it replaces. Its sports a new fairing and has a heavily tweaked headlamp cluster. Moreover there is also a new exhaust unit which sits below the engine. All these changes make it look like a smaller version of the Panigale V4 superbike. 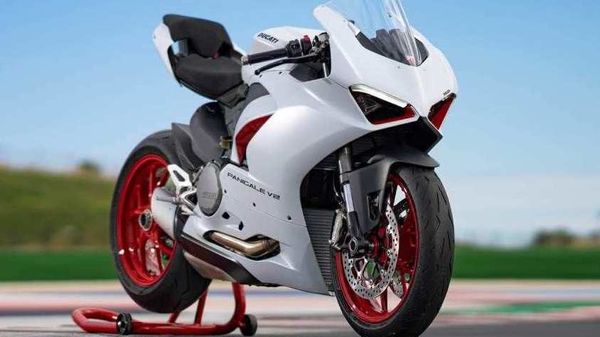 Bipul Chandra, Managing Director of Ducati India said, “The Panigale V2 has been the most awaited bike since EICMA 2019. Considering the overwhelming inquiries for launch of the Panigale V2, we are confident the bike will do well in the market by offering an unmatched Ducati riding experience to enthusiasts who’re looking to step into the world of riding on the racetrack and also to more experienced riders."

What will be the competition of Ducati Panigale V2?

At 155 PS and an expected price tag of around ₹15 lakh (ex-showroom), the Panigale V2 will face heat from the rivals such as the upcoming Triumph Daytona 765, and MV Agusta F3 800.

While the company hasn't revealed when exactly the bike will be launched in India, but it will most likely arrive in August.