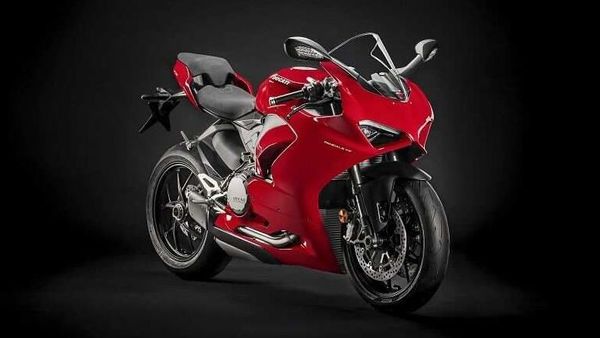 Ducati Panigale V2 is a successor to the Panigale 959.

Ducati India has teased the arrival of the new Panigale V2 at its social media handle. The motorcycle may launch in India anytime soon now.

The Panigale V2 was showcased for the first at the EICMA 2019, it is a successor to the Panigale 959 motorcycle which isn't on-sale in India anymore.

The Panigale V2 has a lot going on, starting from the exterior looks and styling, it has taken inspiration from the Panigale V4. Its razor sharp looks and intimidating bodywork simply makes it one of the best looking sportbikes of the current era. However, in comparison to the bigger, Panigale V4, it is slimmer which is evident from its exterior appearance.

Underneath the body sits the 959 sourced frame, the only change is its updated rear-subframe which has been tweaked to accommodate a slightly raised tail section. Moreover, some other similarities include the same suspension setup along with minor tweaks. At the front, it is suspended on an adjustable, 43 mm Showa big-piston fork, while at the rear, it features a Sachs monoshock with a 2 mm longer shock.

At the heart of the Panigale V2 sits a 955 cc Superquadro motor which is the same engine used on the 959, but with some significant updates. For starters, the motor now complies with the BS 6 (Euro 5) emission norms. In comparison to the previous unit, it's 5 PS more powerful and churns out a total of 155 PS at 10,750 rpm and 104 Nm of torque at 9,000 rpm. The engine comes mated to a 6-speed gearbox featuring a standard up-down quickshifter.

As far as pricing goes, it will be slightly more expensive than the model it replaces. Expect it to cost somewhere around ₹16.50 lakh to ₹17 lakh (ex-showroom).