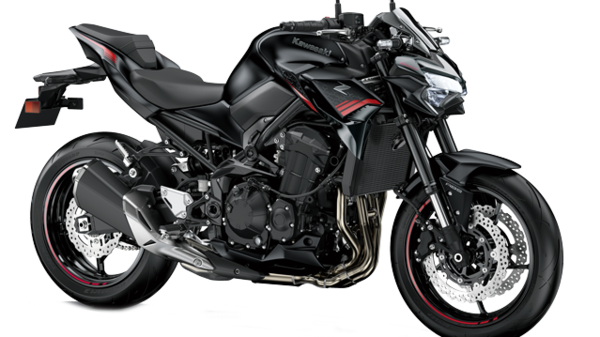 Kawasaki has launched the BS 6-compliant Z900 motorcycle in the Indian market at ₹8 lakh (ex-showroom, India). The new model is just about ₹30,000 costlier than the BS 4 model it replaces. For reference, the outgoing Z900 previously retailed at ₹7.7 lakh (ex-showroom).

The newly updated bike is similar to the previous model in terms of exterior appearance. Minor changes have been introduced in terms of a new and more aggressive headlight design and DRLs. The bike has also received a Bluetooth-enabled 4.3-inch TFT display which can be paired with the company's own 'RIDEOLOGY' smartphone application. Some other exterior features on the bike include full-LED lighting, a muscular fuel tank, and a split-style saddle. It is going to be available in two colours – Metallic Graphite Gray and Candy Lime Green.

The suspension setup on the bike features a 41 mm upside down (USD) front fork and a rear monoshock. Both the units feature rebound damping as well as spring preload adjustability. The braking kit includes dual 300 mm discs at the front and a 250 mm rotor at the rear wheel. The brakes work in conjunction with the safety net of ABS. Some of its main features include traction control system, two power modes, and four riding modes. It rides on Dunlop Sportsmax Roadsport 2 tyres.