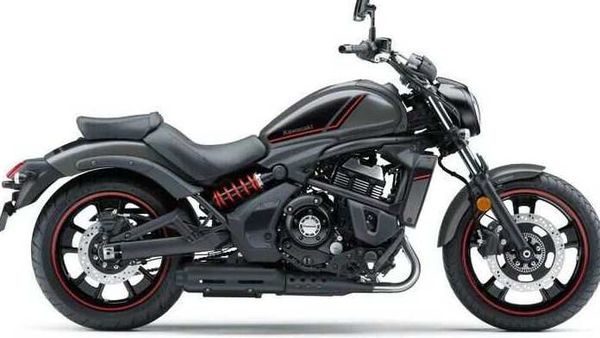 The new Vulcan S has been updated with a new paint scheme and a BS 6-compliant engine.

Kawasaki has launched the new Vulcan S BS 6 in India at ₹5,79,000 (ex-showroom). In the latest avatar, the Vulcan S has become ₹29,100 more expensive than the BS 4 model it replaces. With the addition of Vulcan S, Kawasaki's 650 cc range is now complete and its entire 650 cc lineup now complies with the BS 6 emission norms.

The Vulcan S now gets a new paint scheme as well as a BS 6-compliant engine. Save for these updates, the rest of the motorcycle remains the same. The bike employs a 650 cc, liquid-cooled, parallel-twin engine. For the record, it is the same engine that powers the Kawasaki Versys 650 and the last-gen Ninja 650 and ER6n bikes. In Vulcan S, it has been used in a slightly different state of tune. It churns out 61 PS of maximum power at 7,500 rpm and 63 Nm of peak torque at 6,600 rpm. The transmission option include a 6-speed gearbox.

The Vulcan S has been built on a diamond-type frame featuring a conventional telescopic fork and a 7-way adjustable monoshock. For the anchoring duties, the bike uses a single 300 mm disc up front and the rear also uses a disc with Nissin calipers.

The new Vulcan S tips the scale at 226 kg (kerb weight) and its fuel tank capacity has been rated at 14 litres.

Being a middleweight cruiser, the only rival against the Vulcan S stands in the form on the Harley-Davidson Street 750 motorcycle. Recently, the Street 750's pricing has also been slashed by a significant margin. (Know more details here)

Even Royal Enfield sells Interceptor 650 and the Continental GT 650, but these bikes cost significantly less against the Vulcan S and the Street 750.