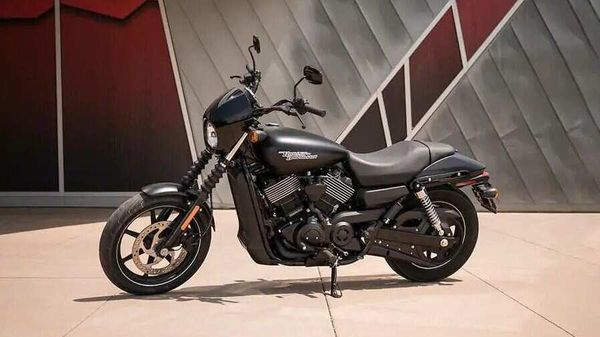 As Harley-Davidson restructures strategy that shifts focus back to more profitable motorcycles and core markets, the company on Friday announced a price cut on its entry-level Street 750 motorcycle.

The bike is now priced at ₹4.69 lakh (Vivid Black colour option) which is a direct reduction of ₹65,000 against its previous cost of ₹5.34 lakh. The other paint options such as Performance Orange, Black Denim, Vivid Black Deluxe and Barracuda Silver Deluxe cost about ₹12,000 more than the base option.

It is also available through the Canteen Store Departments (CSD) for the armed forces personnel across the nation. (Full details here)

The Street 750 sources power from a 749 cc Liquid-cooled, Revolution X V-Twin engine. This engine is known to push out 60 Nm of peak torque at 3,750 rpm. For the record, its other counterpart, the Street Rod also runs on the same powertrain.

The bike rolls on 17'' (front) 15'' (rear) alloy wheels combination and comes suspended on telescopic forks up front and gas-charged dual shock absorbers at the rear. Its braking kit includes disc at both ends which come teamed-up with dual-channel ABS. The bike weighs 233 kg (kerb) and features a 13.1 litre fuel tank.

There isn't any direct competition to the bike save for the Kawasaki Vulcan S. Street 750 is the highest-selling bike from Harley-Davidson India. It is also the most affordable bike in the entire Harley's line-up.

Harley-Davidson has completed 10 successful years of operations in India. It is also the first premium motorcycle company to have set base in the country.