Harley-Davidson has joined hands with Qianjiang Group to jointly develop a new 350 cc motorcycle which will be targeted for the Asian markets.
By : Prashant Singh
| Updated on: 04 Aug 2020, 09:15 PM 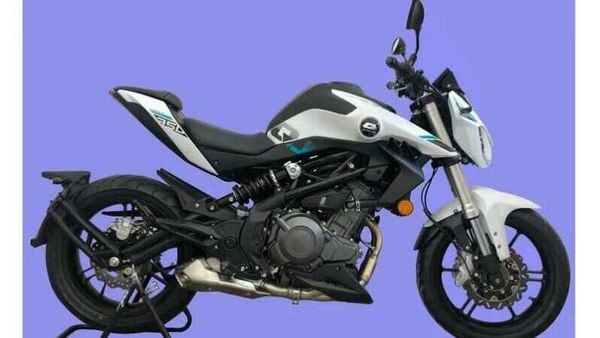 The Qianjiang QJ350 could be used as the base bike for the upcoming Harley-Davidson's HD350. Image Courtesy: Bennetts.co.uk

QJMotor, a subsidiary of the China based Qianjiang Group is working on an entry-level 350 cc naked roadster motorcycle. The bike has now been leaked in a latest spy image (above) revealing its exterior design details.

The motorcycle in the patent image is the QJMotor branded QJ350-13 model which will likely spawn out Benelli and Harley-Davidson branded derivatives. Both the bikes will use the same mechanical components but completely different exterior design and features.

The contentiously dwindling yearly sales has forced the American bike maker to enter new smaller capacity bike segments and produce more mass market products. And the upcoming HD350 will be the prime example of the same. This bike will be a dedicated model for developing Asian markets, and Harley-Davidson had also shared design sketches of its own version of the new motorcycle in the past.

For the record, the basic chassis and engine have been taken from the Benelli 302S. The patent image of the QJMotor version of the bike (above) reveals the engine casing (left side) featuring a stamp "Harley-Davidson Motor Company"cast over the cover. This alone indicates its connection with the HD350.

Though it is yet not certain as when the HD350 might come out, especially when the new CEO Zochen Zeitz has said that the company will not venture into newer segments which are beyond Harley's traditional strengths. On the other hand, if the company continues with its plans on HD350, the bike will have radically different design and appeal against the QJMotor's version.