It has been more than 10 years since the duo has teamed up again for a motorcycle adventure series. This time on Harley-Davidson LiveWire electric prototype bikes.
By : HT Auto Desk
| Updated on: 04 Aug 2020, 12:12 PM 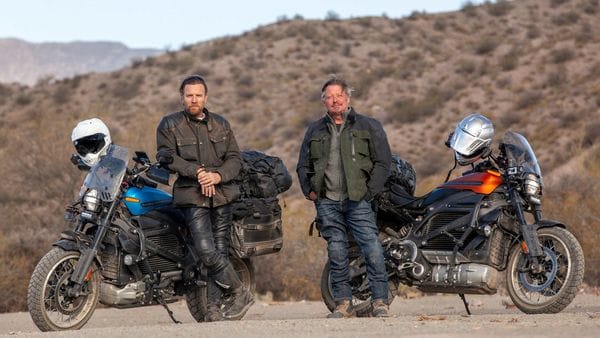 Over 20,000 kilometres in 100 days, 16 borders and 13 countries from South America to United States. That is exactly how much Hollywood star Ewan McGregor and his friend Charley Boorman have travelled to produce a new motorcycle adventure series - Long Way Up.

The first three episodes of Long Way Up will premiere globally on Apple TV+ on September 18, and new episodes will roll out weekly.

Instead of BMW bikes, the duo decided to pick prototype electric Harley-Davidson LiveWire motorcycles this time to promote clean and sustainable mobility.

The new series will follow Ewan and Charley’s journey through Argentina, Chile, Bolivia, Peru, Ecuador and up through Colombia, Central America and Mexico. Most of the countries do not have infrastructure to charge electric vehicles. The duo traversed through underexposed landscapes of South and Central America in their most challenging expedition to date.

The LiveWire model is the first in a broad portfolio of electric two-wheelers designed to establish Harley-Davidson as the leader in the electrification of motorcycles. The bike comes with seven selectable Ride Modes, a 4.3-inch color TFT touchscreen above the handlebar, and a power meter that indicates how much of the available power is being used as the motorcycle is being ridden.

The battery provides 235 kms of city range or 152 kms of combined stop-and-go and highway range. DC Fast Charge technology provides a 0-80 percent of battery charge in 40 minutes or 0-100 percent charge in one hour. 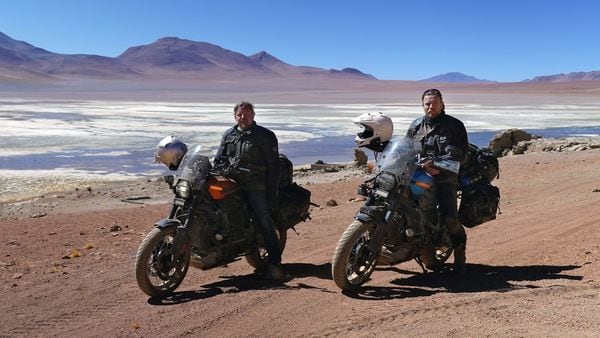 The duo covered over 20,000 kilometres in 100 days, through 16 borders and 13 countries to produce their third motorcycle adventure series. (Photo courtesy: Apple)

The two-wheeler manufacturer expressed its pleasure to be part of the series and promoting clean mobility. In a press release, the company said, “Harley-Davidson is thrilled to be featured in Apple’s Long Way Up with Ewan McGregor and Charley Boorman. The Harley-Davidson LiveWire model is an exhilarating electric motorcycle that pushes the boundaries of performance, technology and design in the two-wheel world. The LiveWire motorcycles ridden in the new series are production-based and modified to push these boundaries to the edges of the earth for this epic collaboration. Riders can experience a LiveWire motorcycle at select Harley-Davidson dealerships around the world."