Honda to launch new adventure bike in India on August 19 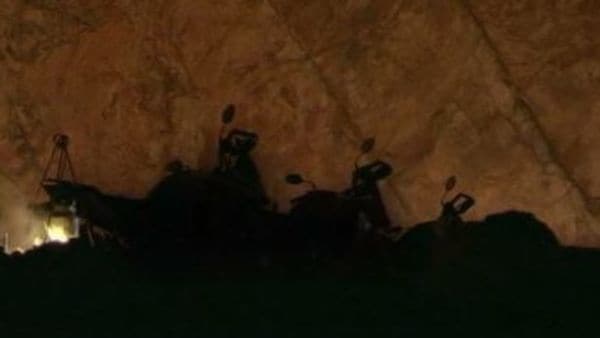 The upcoming Honda adventure motorcycle is expected to be named as NX200.

The upcoming Honda adventure motorcycle has been teased through images and videos. The motorcycle is expected to come with a sharp look, inspired by CB500X. The headlamp gets a flat and slanted appearance, while there is a digital instrument cluster. The raked handlebars get knuckle guards.

A beak-like front cowl, a sculpted fuel tank will be there adding an aggressive and masculine look to the motorcycle. The Japanese two-wheeler major has teased the split seats of the upcoming model. Comparatively, Honda CB500X gets a single-piece seat. Being an adventure motorcycle, it would get a higher riding seat.

The upside-down front forks and meaty off-road focused tyres, disc brakes are also teased. To save the engine block from scratches and damage, there is a sturdy engine guard as well.

Honda is yet to disclose the powertrain details. Expect it to share the same 184 cc single-cylinder, air-cooled engine that works for Hornet 2.0. This engine is capable of churning out 17 hp power and 16 Nm of torque. Power and torque output could remain the same in the upcoming adventure motorcycle as well.

Being a tough off-road worthy motorcycle, it could get a dual-channel ABS. It will lock horns with rivals such as Hero XPulse 200, KTM 250 Adventure. Also, expect it to challenge Royal Enfield Himalayan as well. Pricing details of the adventure motorcycle is yet to be disclosed by the brand. But, it could come with a price tag of around ₹2 lakh (ex-showroom).