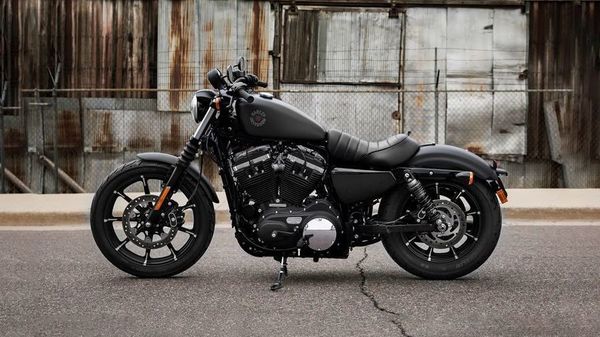 With the BS 6 deadline just a few days away, all the automakers have started rolling out the mandatory BS6 updates. Now the American motorcycle maker, Harley-Davidson has also announced the pricing of its BS 6 compliant Iron 883 motorcycle which is priced from ₹9.26 lakh*.

The Iron 883 get its name from its 883 cc Air-cooled, Evolution engine which comes with Electronic Sequential Port Fuel Injection (ESPFI) and delivers 70 Nm at 3,500 rpm. The engine comes married to a 5-speed transmission and transmits power via chain primary drive mechanism.

In other updates, Harley-Davidson has also started retailing its bikes from CSD. Both the Street 750 and the Street Rod will now also be available for the Indian defence personnel, ex-servicemen and their dependents through the CSD route. The Street 750 retails at an ex-showroom price of ₹5,34,000*, while the Street Rod is priced at ₹655,500*. Their respective CSD prices have been kept lower at ₹4,60,332, and ₹5,65,606. (Know more about it here).