The Fat Boy entered a new generation a few years back, and MSD's bike belongs to the previous-generation which used a 1690 cc air-cooled engine.
By : Prashant Singh
| Updated on: 18 Mar 2020, 03:39 PM 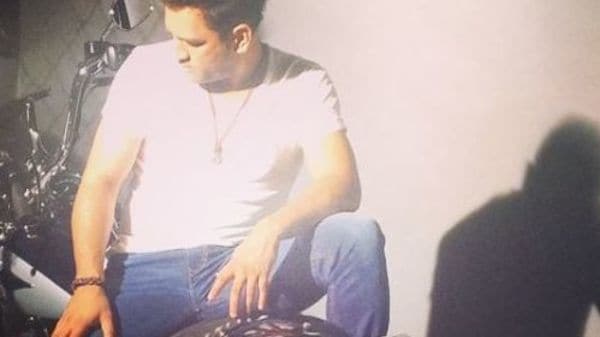 MS Dhoni returned to his hometown Ranchi a few days back after CSK (Chennai Super Kings) suspended its training sessions in Chennai due to the Coronavirus outbreak in India.

Looks like MS Dhoni has finally found time to ride one his beloved bikes, a Harley-Davidson Fat Boy (previous-gen) during his time in Ranchi. He was shot taking a spin in broad daylight and was spotted being rushed with fans at a red light.

With the new update the cruiser got more modern from inside out. The output figures jumped to 105 PS and 125 Nm. Moreover, the older design was also updated from the ground up and the bike was given a thoroughly new look with a more beefy front-end boasting LED lights.

Along with the Harley-Davdidson Fat Boy, MSD also has a number of hyper bikes in his garage which include Kawasaki ZX-14R, Kawasaki Ninja H2, Confederate Hellcate and the list goes on. Apart from the these bikes, Dhoni also has a collection of old school bikes such as Yamaha RD 350, Suzuki Showgun, BSA Goldstar, Nortan Jubliee and more.

Previously, he has revealed that Yamaha RD350 was his first bike and now he owns not one but a couple of them, which he, somehow, sourced from the second hand bike market since it was taken down the shelves decades back.