After Twitter jab by Tata Motors on crash tests, Maruti has 'undisputed claim'

Tata Motors had underlined its safety standards after Maruti Suzuki S-Presso failed in Global NCAP crash tests.Maruti maintains its cars meet all safety standards in the country.Maruti Suzuki has now stated it is India's favourite automobile brand.
By : HT Auto Desk
| Updated on: 21 Nov 2020, 08:54 AM 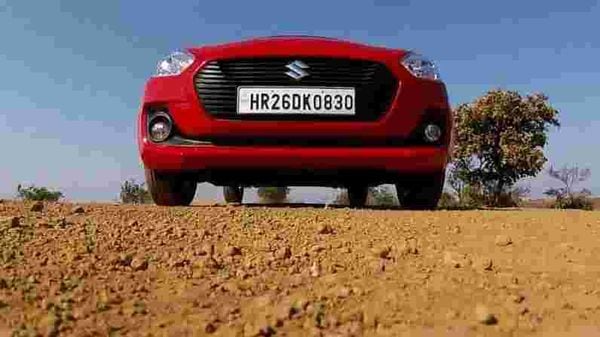 File photo of Maruti Suzuki Swift which has been a best-seller for the company. (Image used for representational purpose)

Maruti Suzuki's official Twitter handle recently 'fought back' against indirect jabs by Tata Motors' Twitter handle which had pointed out how safe its cars are after the S-Presso had failed to get safety stars in a Global NCAP crash test. While both handles didn't name each other, Maruti Suzuki underlined that it is India's favourite automobile brand. "This claim is undisputed."

Twitter has recently seen a spurt in 'This claim is disputed/undisputed' memes after the social media platform itself had announced labels and warning messages on suspect tweets. Users soon started adding their own label and Maruti Suzuki joined the growing trend by doing so on its message. "And we’re dedicated to continue strengthening our place in all your hearts – our favorite family of customers!" the caption read.

And we’re dedicated to continue strengthening our place in all your hearts – our favorite family of customers! #MarutiSuzuki #thisclaimisundisputed pic.twitter.com/poyyErGFSk

The tweet may seem a one-off but it does come just days after Tata Motors had indirectly poked the country's largest car maker for having its S-Presso come a cropper in the Global NCAP tests. "Driving is #SeriouslyFun, only when you live it up with safety," Tata Motors Cars had tweeted. There was also a photo with the tweet which showed a broken coffee mug and a message which read - We don't break that easy. (Full report here)

Tata Motors' twitter handle would also take an apparent dig at Hyundai for getting two safety stars for its Grand i10. “You can only wow some by just being grand on the paper. Make your drives #SeriouslyFun and awesome with the best-in-segment safety of New Tiago, rated 4 Stars by GNCAP." (Full report here)

Many see these Twitter messages as light-hearted banter and something that may also serve to remind OEMs about safety standards and constantly work on improving these. And while Maruti may have reacted to the Global NCAP tests on the S-Presso by stating that the car meets all safety standards outlined in India, there is little doubting the fact that it is indeed the largest-selling passenger vehicle company. And by far.

In terms of domestic sales volumes, Hyundai is second while Tata Motors has shown some determination with its product portfolio and is currently placed third.