'We don't break that easy': Tata Motors' jibe may be directed at Maruti S-Presso 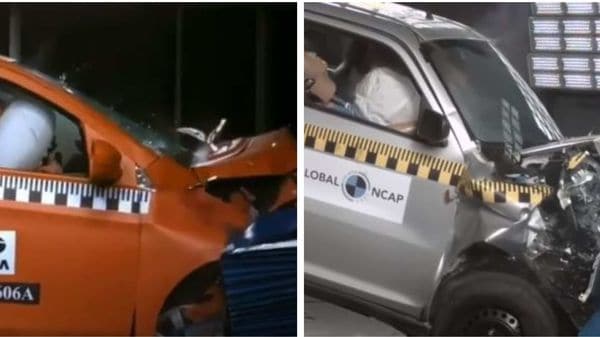 Tata Motors recently tweeted an image of a broken coffee mug in a bid to underline the safety standard on offer in its Tiago which has a four-star safety rating from Global NCAP. That the message was put out just a day after Maruti Suzuki S-Presso failed to earn any stars in its Global NCAP crash test appears to make the message more of a jibe.

Tata Motors' cars like Nexon and Altroz have received five-star crash ratings from Global NCAP while Tiago, its entry-level offering, secured four stars previously. Tiago is often seen as a rival to the S-Presso in the entry-level segment and Tata Motors appears to be clearly targeting the offering from the country's largest car maker. "Driving is #SeriouslyFun, only when you live it up with safety," its message with the tweet read. There was also a photo with the tweet which showed a broken coffee mug and a message which reads - We don't break that easy.

The Twitter community was quick to call out Tata Motors for its timely tweet which took a dig at its rival without naming it or referring to its crash-test performance. "Why can't I Superrrrrrrrrrrrrrrrrr like this? This is called taking a perfect dig," wrote a Twitter user.

(Related read: From Maruti to Tata and Mahindra, how safe are 'Made-in-India' cars)

The Tiago is a high-selling product for the Indian car maker and comes at an attractive price point. But so does the S-Presso. The Maruti car has micro-SUV proportions and gets a number of features - safety and convenience - in its upper variants.

Global NCAP, however, tests cars for safety in their base versions which means having only a driver-side airbag worked against S-Presso in its testing. Maruti Suzuki has clarified though that the car, and all its cars, meet the safety standards set out by the Government of India and that these are at par with those in Europe.