Home Auto News From Maruti To Tata And Mahindra, How Safe Are 'made In India' Cars

From Maruti to Tata and Mahindra, how safe are 'Made-in-India' cars

Affordability, looks, mileage and features may be top priorities in the mass-market car segment but how high is safety on your list of considerations?
By : HT Auto Desk
| Updated on: 13 Nov 2020, 10:08 AM 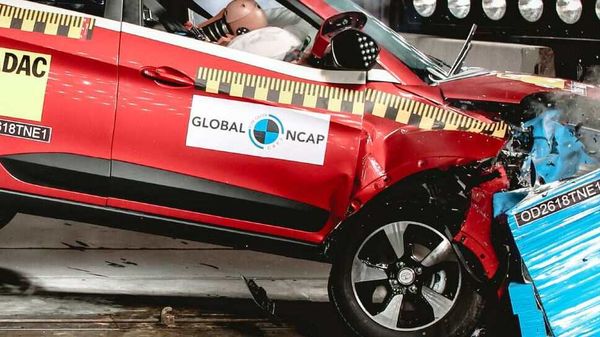 File photo of Tata Nexon during a Global NCAP crash test to check its safety.

Safety has come a long way in climbing the list of priorities for the Indian car buyer over the past several decades. And while it may still not be as significant as affordability and exterior styling - unfortunate as that is, it has prompted almost every car maker here to highlight and underline protection to occupants that are on offer in their respective products. Some of these products have won accolades the world over while others continue to be deemed unsafe regardless of claims made.

(Related read - 'We don't break that easy': Tata Motors jibe may be directed at Maruti S-Presso)

The safety regulation standards that car makers here have to adhere to have been made stringent by the government with a view of reducing injuries and fatalities in the unfortunate case of a mishap. This has indeed led to manufacturers focusing on a more robust body shell, equipping models with airbags, ABS with EBD and a whole lot more. Take the case of Maruti Suzuki S-Presso for instance. The company says that the car offers ABS with EBD as standard and gets rear-parking assist sensor along with dual airbags and several other safety highlights. But not all of these features may be present in base variant which is likely to gain max traction in the entry-level car-buying market. As such, when Global NCAP put a base variant of S-Presso through a crash test, it failed to impress. (Full report here)

A Maruti spokesperson reacted on behalf of the company to reiterate that the car complies with all safety protocols put out by the Indian government. "It (safety) cannot be left to the opinion of any self proclaimed party." (Full report here)

In the same series of tests, the Hyundai Grand i10 NIOS and Kia Seltos - both made in the country - scored two and three stars, respectively. These are deemed satisfactory ratings although far from the best that's possible. (Detailed report here)

On the other side of the spectrum are cars like Tata Nexon, Altroz and Mahindra XUV300 which drove out with five-star safety ratings in the Global NCAP tests previously. That these cars offer a mile-long list of safety features - several starting from the base variant up - helped in securing the impressive ratings.

As such, it may be assumed that these cars also meet with the Indian safety standards put in place.

A school of thought highlights that the Indian safety standards may have come a long way but need to go far further. And in doing so, crucial safety aspects like dual airbags and three-point seatbelts need to be made mandatory from the base variant up.

The government too appears determined to bring down road fatalities significantly. "India witnesses nearly five lakh road accidents every year, in which about 1.5 lakh lives are lost. It is our endeavour to bring down these figures by 20-25 per cent by the coming March 31 (2021)," Union Minister Nitin Gadkari has said. (Full report here)

And while driver skill, road conditions and several other similar factors have a big role to play towards this objective, the safety offered by manufacturers in their vehicles will also determine the path forward.