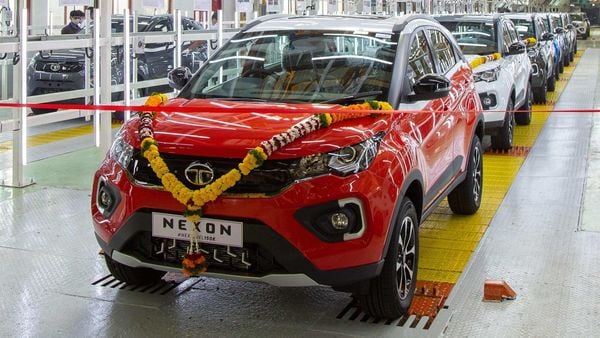 The 1,50,000th Nexon SUV rolled out of Tata Motors' Ranjangaon facility in Pune.

Tata Motors has rolled out the 1,50,000th Nexon SUV from its Ranjangaon facility in Pune today. Tata Nexon is among the top five best-selling sub-compact SUVs in the Indian market. Recently, it also became the first Indian car to be published on the prestigious International Dismantling Information System (IDIS) platform for End-of-Life Vehicles (ELV).

Tata Nexon also happens to be the first car in India to receive a full 5-star adult safety rating by Global NCAP, an internationally renowned safety accreditation body in 2018. Nexon paved the way for other cars from Tata Motors like Altroz, Tiago and Tigor to establish new benchmarks in car safety in each of their respective segments.

Earlier this year, Tata Motors launched the BS6 version of Nexon SUV. The company has also launched the XM(S) variant to the Nexon this year which has been priced at ₹8.36 lakh (ex showroom, Delhi). This trims gets an electric sunroof which makes it the most affordable vehicle across segments to offer this. Other than this, it also gets auto headlights, rain-sensing wipers and steering-mounted controls.

Some of the feature highlights such as Electronic Stability Program, LED DRLs with Projector Headlamps, Hill Hold Control, Driver and Co-Driver Airbags, ConnectNext Infotainment System by Harman and Multi- Drive Modes, have been carried over to the XM(S) trim.