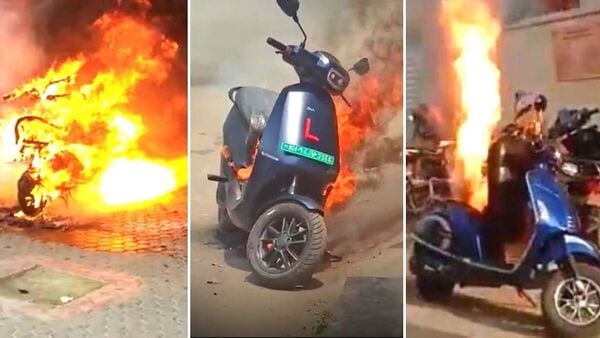 EV fire incidents have triggered a probe ordered by the Centre to find out if electric vehicles manufacturers are at fault when it comes to ensuring safety.

Electric two-wheelers are going mainstream, and the fire incidents will only help the EV manufacturers to focus on quality, believes Ather Energy CEO and cofounder Tarun Mehta. He believes that the measures taken by the EV manufacturers in the wake of the recent fire incidents will help the industry to be matured. Ather CEO also believes that up to 30 million electric two-wheelers will be sold across the country by the end of this decade.

Speaking about the Hero MotoCorp-backed firm's own strategy, Mehta said that it would invest a lot more fr capacity expansion over the next few years. "What has happened recently, I think, has ended up maturing the industry. This will push more and more manufacturers to focus more on quality and reliability," Mehta told PTI while talking about the recent V fire incidents.

In the last few months, since April, several electric two-wheeler manufacturers such as Ola Electric, Okinawa, and PureEV have witnessed multiple fire incidents. Even Ather too witnessed a fire incident. Mehta said that these incidents are pushing more and more players to focus on quality as the number one parameter. “EVs are going mainstream irrespective, but with better quality products, this will become a no-brainer," he further added.

After the fire incidents, union road transport and highways minister Nitin Gadkari warned EV companies of penalties if they were found to be negligent. He also warned that the concerned EV companies would be ordered to recall the defective vehicles.