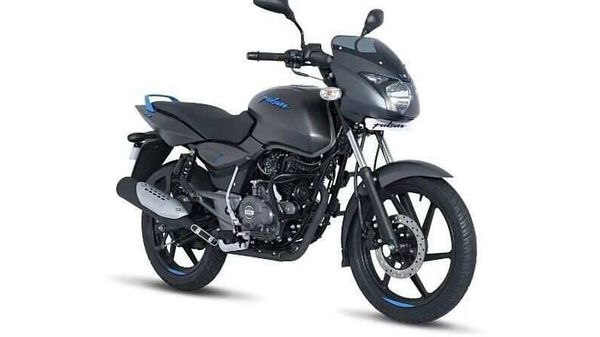 Bajaj Pulsar 125 BS 6 is the most affordable motorcycle in the Pulsar range.

Bajaj Pulsar 125 BS 6 has been launched at a price tag of ₹69,997*. It is the most affordable motorcycle in the Pulsar range. In comparison to the previous BS 4 version, it has turned ₹7,500 more expensive.

The Pulsar 125 BS 6 will be made available in drum and disc variants. While the base drum variant has been priced at ₹69,997*, the disc has been priced slightly higher at ₹74,118*.

The bike runs on a BS 6 compliant 124.4 cc single-cylinder air-cooled engine. It now receives fuel-injection and delivers 12 PS of power and 11 Nm of torque. The output of the engine remains unchanged in comparison to the previous BS 4 unit. Also, it gets the same 5-speed manual transmission as its predecessor.

Save for a BS 6 compliant engine, the rest of the bike remains near identical. It gets the same styling and paint scheme options (Neon Blue, Solar Red and Platinum Silver) as before.

To keep the costs low, Bajaj has given it the same semi-digital instrument cluster which is a fairly dated console now. The same instrument panel was also seen in a number of Pulsar models (150 cc, 180 cc and 220 cc) in the past. Some of its exterior highlights include alloy wheels, single-piece seat, wolf-eyed halogen headlight, colored rear pillion grab rail, coloured Pulsar logos, and dual-LED taillights.

Its braking equipment include a 240 mm front disc (optional) and a 130 mm rear drum brake. The brakes work in conjunction with CBS for enhanced safety. The suspension duties on the bike are carried over by conventional telescopic fork at the front and twin gas shock absorbers at the rear.

Previously, the company has also launched a slew of BS 6 products in the market including the Dominar 400 BS 6. (Read full details here)