The electric moped churned out of the Bajaj-KTM partnership will be a very light-weight product. It will run on low power electric motors.
By : Prashant Singh
| Updated on: 16 Apr 2020, 08:16 AM 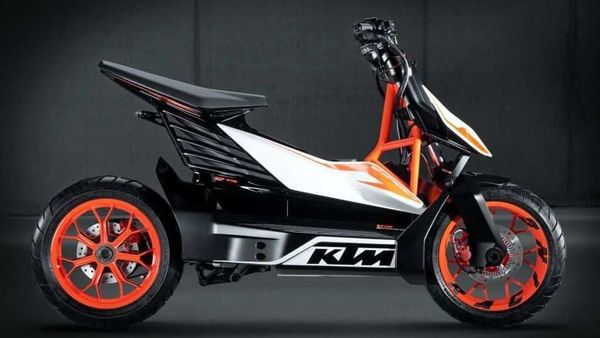 Bajaj and KTM came together at start of the last decade and the partnership has proven be very fruitful so far for both the firms. Now, after a decade of launching some very intimidating products, both the companies are planning to dive into a new segment of electric mopeds.

As the Pierer Mobility’s annual report suggests, both the firms (together) will enter into the electric moped segment within next few years.

Both the companies have a fair share of experience when it comes to electric vehicles. While KTM already retails a few electric bikes in the international markets, Bajaj-Auto in 2019 introduced its Chetak electric scooter in India. Now the same model will also be exported to KTM for sales in Europe.

The new electric moped in question will be produced by Bajaj Auto and will be sold in India. In the later stage, it will be exported to the international markets as well.

Presently, only TVS Motor Company sells XL range of mopeds in India. The Bajaj-KTM produced moped won't be a direct rival to the TVS' XL range since the latter runs on internal combustion engine, but the e-moped will basically serve the same needs and audience.

It will be a very light-weight product and will run on low power electric motors. There may be an entire array of e-mopeds which may come out of the Bajaj-KTM venture. The new platform could spawn out a slew of electric two-wheelers in the power range of 3 kW and 10 kW.

While there is no time line on the launch, but expect the first product to roll out within 2-3 years from now, most probably by 2022. This product will be sold under the the Bajaj Auto's umbrella. It will be the most affordable electric moped in India.

"As part of the series development project for PTW electric vehicles in the low voltage range (48 volts), which was developed together with Bajaj, various product variants in the segment of electroc scooters will be produced from 2022 under both the brands of both partners," said Stefen Pierer, Chairman of the executive board, Pierer Mobility, in an address to shareholders.