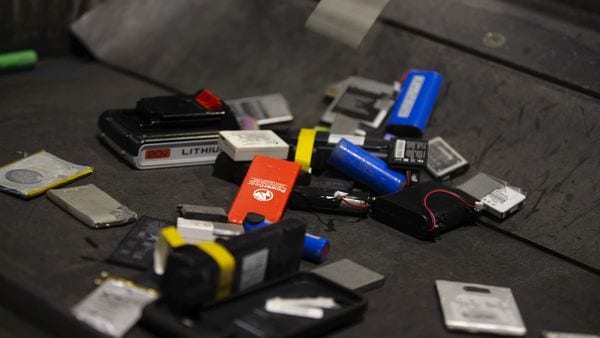 The advanced lithium-ion technology research hub, the pilot project located at its headquarters in Tirupati.

The company has a technology transfer agreement with the Indian Space Research Organisation (ISRO) since early 2019.

Vijayanand said Amara Raj has already invested ₹20 crore into the hub, excluding technology transfer and bidding fees paid to the ISRO in January 2019 when the company along with nine others won competitive bids from the national space agency.

Despite pushing lithium-ion cell development, Vijayanand feels lead-acid batteries will continue to grow at least for a few more decades and that lithium cells used in electric vehicles will take time to get commercial traction. Currently, the electric vehicle (EV) makers import the cells mostly from China.

Electric mobility will be led by three-wheelers and two-wheelers here to begin with, primarily because of the higher cost of ownership for an EV four-wheelers, he said.

Vijayanand expects that by 2025, two-and three-wheelers penetration will touch 20-25 per cent in the country. The numbers are skewed towards more three-wheelers as they are commercially more viable and such level of penetration can give the critical mass for EV adoption.

The second phase will see the EV industry and the attendant ecosystem maturing with passenger vehicles and commercial vehicles going electric, and this should happen during 2025-30. "As I see it, private four-wheeler adoption should begin by 2025-27," he said.

In January 2019, ISRO named 10 companies from a list of 141, to which it proposed to transfer the technology to manufacture lithium-ion cells developed by the Vikram Sarabhai Space Centre (VSSC), Thumba, as part of the government's effort to push electric mobility. The VSSC originally developed it for using in launch vehicles and satellites.

However, none of them have started manufacturing, and Amara Raja is the first to set up the development hub towards the same.

Under the tech transfer, ISRO will help these companies set up lithium-ion cell manufacturing units and train their staff.

The PLI scheme has earmarked ₹18,000 crore towards the advance cell chemistry, which aims at bringing on line at least 50 gigawatt (GW) of lithium-ion batteries to the market.

"We will see the success of the scheme over the next two-three years," he added.

On the raw material availability to push local manufacturing of lithium cells, he said more than two-thirds of them are domestically available and only critical minerals have to be imported. For this, the government is already in talks with a few Latin American countries along with Australia which have these minerals aplenty.

Meanwhile, according to reports, Tata Chemicals, which also has a licence form ISRO, is likely to soon start work on its proposed lithium-ion cells manufacturing facility at Dholera in Gujarat.

Exide Industries, which is the market leader in lead-acid storage batteries and has not won the licence from ISRO, has also entered the space with a tie-up with Leclanche, a global energy storage solutions provider, to build a lithium-ion battery manufacturing facility in Gujarat.