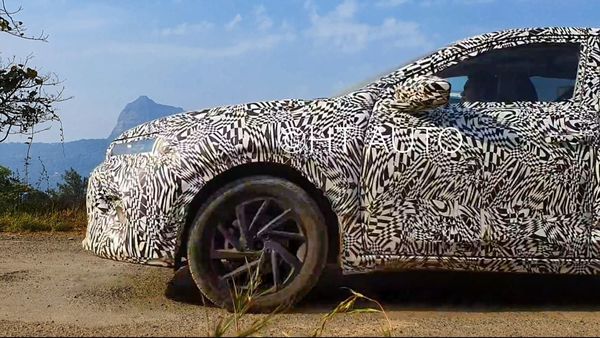 Skoda Slavia sedan was spotted testing on the roads of Lonavala on October 24.

Skoda Auto has been spotted testing its upcoming premium mid-size sedan Slavia again. The 2021 Skoda Slavia will be unveiled in November and is expected to hit the Indian markets some time next year. Skoda had teased the Slavia in a different camouflage when it announced its arrival earlier this month.

HT Auto spotted at least two Skoda Slavia, wrapped in black-and-white zebra camouflage, testing on the hilly roads of Lonavala in Maharashtra. The two Slavia sped past us twice, and gave enough chance for a sneak peek at them.

The size of the sedan was immediately quite clear. The image of the front half of Slavia here has fully covered the length of the upcoming Audi Q5 parked right behind on the side of the road. The wheels, which may not be the production-spec, are housed under the prominent wheel arches. The front face was fully covered, but gave a hint that it may not deviate much from a traditional Skoda grille seen on Octavia or Rapid. However, the headlights, which are likely to be LED units along with the DRLs, looked sleek through the camouflage. 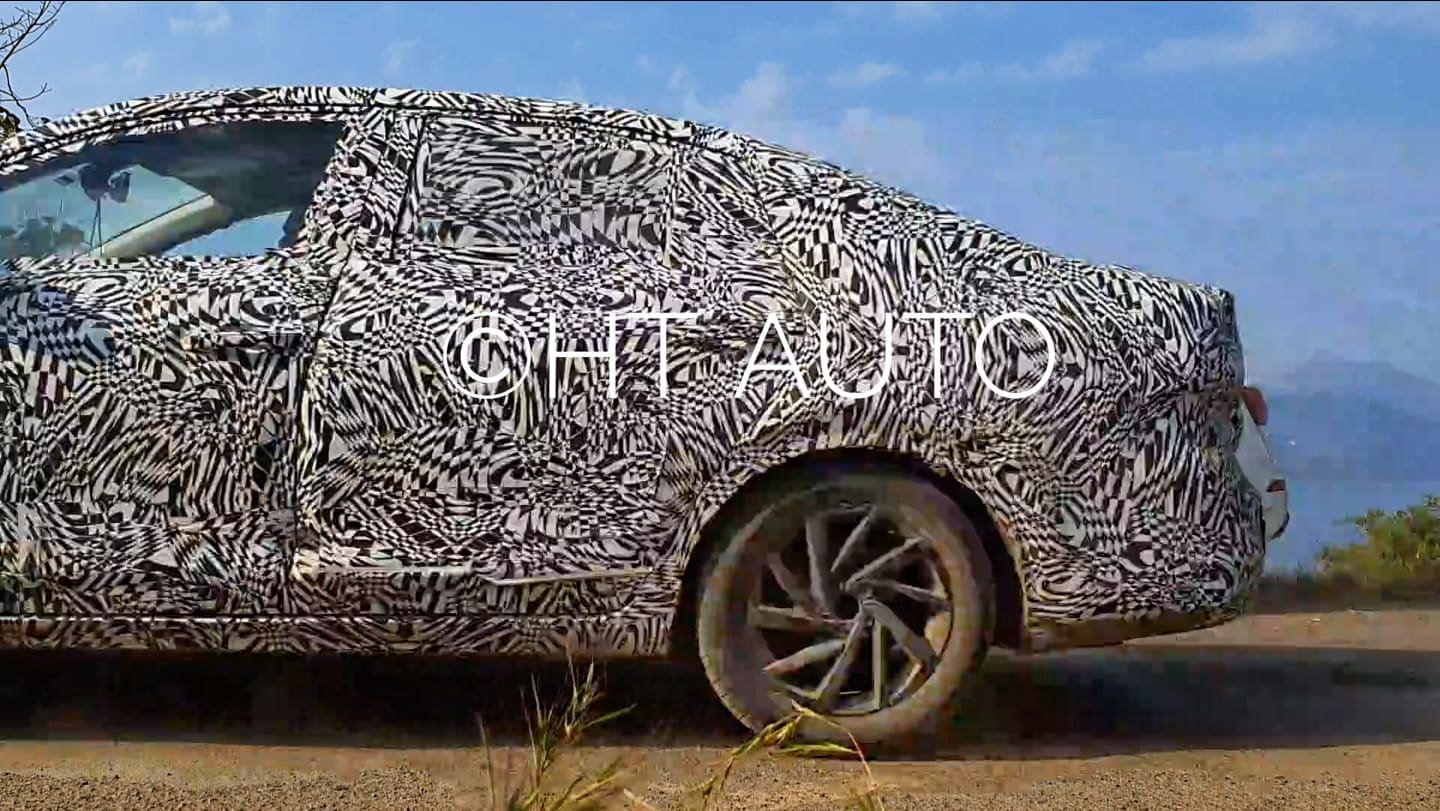 The rear half of the Skoda Slavia sedan in camouflage gave an impression of a swooping roof line with a coupe-like finishing.

The rear half of the Skoda Slavia sedan in camouflage gave an impression of a swooping roof line with a coupe-like finishing. The windows appeared quite large and wide. It was not clear though whether the Slavia on test had any sunroof on it. Nor could HT Auto confirm if the tail lights too will get LEDs.

Unfortunately, there was not much time to peek into the interior as the two Slavia sped past us, twice. However, it was enough to spot a dual-tone black and beige interior theme, a two-spoke steering wheels and the digital driver display. Skoda is likely to equip the new Slavia with the same 10.1-inch touchscreen infotainment system that is seen inside Kushaq SUV.

Based on the MQB-A0-IN platform, which underpins all the new generation Skoda and Volkswagen cars like Kushaq and Taigun SUVs, Slavia is is seen as a successor to the carmaker's popular sedan Rapid. It will be Skoda's third model to be introduced in India this year.

Slavia is likely to come equipped with the same 1.5-litre turbocharged petrol engine that powers the Kushaq SUV. The transmission job is likely to be handled by either a six-speed manual or a six-speed automatic gearbox.