Advanced Driver Assistance Systems (ADAS) include a wide range of preventive safety technologies along with driving assistance technologies.
By : HT Auto Desk
| Updated on: 15 May 2022, 06:01 PM 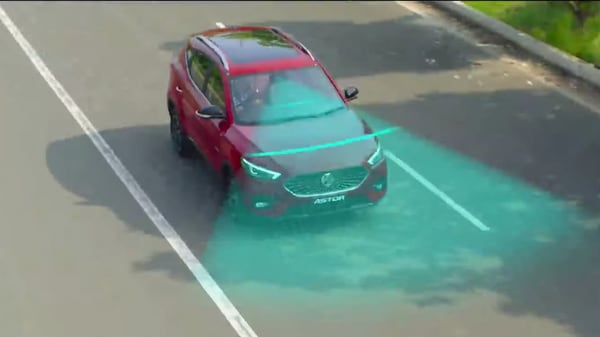 The use of Advanced Driver Assistance Systems (ADAS) has been increasing across the automotive world as an attempt to make driving more improved and convenient for drivers. However, the ADAS is not fully secure and still performs poorly in certain circumstances, claims a study by American Automobile Association (AAA). The study claims that in certain situations, the technology struggles to keep drivers safe.

(Also read: Buying an electric vehicle? Know the tax benefit you can avail)

AAA claimed to have tested a collection of vehicles from different automobile brands such as Tesla, Hyundai and Subaru, which were equipped with Level 2 semi-autonomous features that were developed to assist the drivers with improved driving. The study claims that in closed-course testing, AAA tried to test how these vehicles performed when a vehicle in their lane was driving slowly versus how they fared when an oncoming vehicle drifted into their lane.

The results of the first test were encouraging, claims the study. It says during the first test, the vehicles in all 15 test runs slowed and avoided collisions with the slow lead vehicle. However, the AAA claims that no systems were capable of avoiding a head-on collision with an oncoming vehicle drifting into their lane in any of the 15 test runs.

It claims that the ADAS systems performed slightly better in tests involving bicycles, with all avoiding a cyclist travelling in the correct direction in their lane. When the bicycles were sent perpendicular to the vehicle, though, as if a cyclist were attempting to cross the road, a collision occurred in 33 per cent of cases. This showed how the ADAS is vulnerable.

Speaking about the findings of the test Greg Brannon, AAA’s director of automotive engineering said that while it may be encouraging that these driving systems successfully spotted slow-moving cars and bicyclists in the same lane, the failure to spot a crossing bike rider or an oncoming vehicle is alarming. “A head-on crash is the deadliest kind, and these systems should be optimized for the situations where they can help the most," he further added.

AAA claims that despite the automakers' claims that ADAS is designed to ease the burden of driving, the tests proved that drivers must remain fully focused on the road while driving at all times to prevent any accidents. Previously as well, AAA tests have shown that ADAS systems struggle to maintain lane position on real-world roads.

Interestingly, AAA's findings come in line with most of the drivers' thoughts. Around 77 per cent of the consumers have expressed their opinion in an AAA poll, where they aid that the automakers should improve the existing safety systems than focusing on self-driving cars.