Home Auto News Should Drinking Alcohol Be Allowed In A Car On Autopilot? Social Media Divided

Should drinking alcohol be allowed in a car on autopilot? Social media divided

Autonomous or self-driving vehicles are increasingly promising extremely high degree of on-road safety. Many back the claim but there are also many who are doubtful.
By : HT Auto Desk
| Updated on: 14 Sep 2020, 10:48 AM 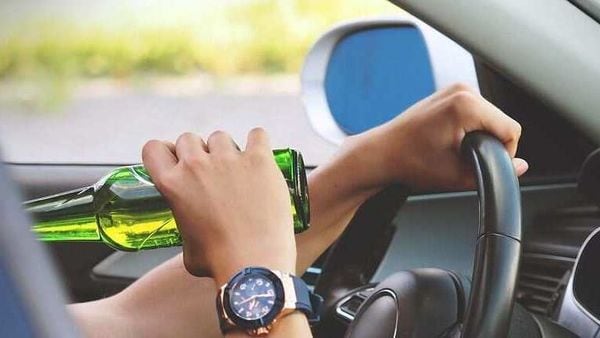 If your autonomous car is driving for you and promises an almost fool-proof safe experience, should you be legally allowed to unwind with a bottle? The jury is out on this. (File photo for representational purpose)

Tesla CEO Elon Musk has claimed autonomous vehicles would be far safer on roads than vehicles being driven by humans. He attributes this to a long list of cameras and sensors - among other complex technological advancements, that would negate minimize the scope of accidents that are caused by human lapses. While many support Musk's prediction, there are also many who raise eyebrows. Some are now questioning if autonomous vehicles are indeed safe, should drinking inside such a vehicle be permitted even if it is on the move.

The answer may be more complicated than a simple yes or now and netizens are clearly as divided on this as they are on the fate of autonomous vehicles and the level of safety these cars promise.

The main argument in favour of legalizing drinking while on the move in an autonomous vehicle is, many say, that if such cars indeed provide a very high degree of safety and road awareness, what is happening inside shouldn't matter. With companies like Tesla even working on having in-car games and video conferencing facilities, those in favour of downing liquor in cars say it really does not matter what occupants are doing inside if the car has a brain of its own.

Many countries are in the process of putting autonomous vehicles to the test and this points out that the future may be nearer than what was previously felt. Car makers working on autonomous drive capabilities promise that such vehicles are completely safe and while these do require drivers to remain attentive as per laws in force currently, the on-paper claim is that the technology on board will negate any need for human attention and/or intervention.

Cheers to that! Or wait.

The contrasting school of thought is not exactly popping the celebratory bottle open just yet. Skeptics and critics are very vocal about their reservations when it comes to the claims made by autonomous vehicle makers. Cases of mechanical or similar failures aren't uncommon and have been reported in many countries, including the US and China.

Drunk driving is an extremely serious offense and even inside an autonomous car, say many, can be the result of extremely unfortunate - even tragic - outcomes.

Lawmakers even in countries where autonomous vehicles are being road tested are unlikely to give the green signal for in-car binge sessions. Not anytime soon, anyway. As such, while autonomous vehicles may become a reality in the immediate future, the scope of what these can allow occupants to do will continue to be monitored extremely closely.