This electric motorcycle to attempt land-speed record in early 2022 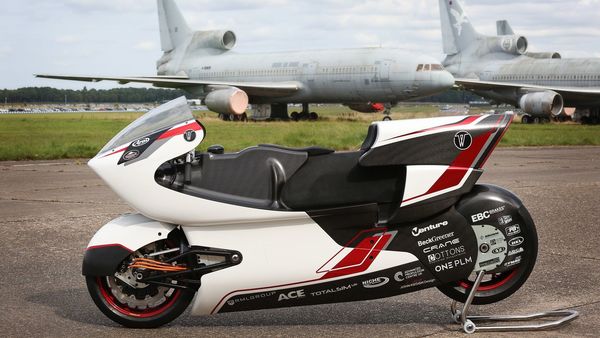 The motorcycle gets a highly aerodynamic efficient V-Air design.

Electric motorcycles around the world might not be at the same place as their ICE counterparts, but they are certainly grabbing attention. UK's White Motorcycle Concepts is working on such a product. Christened as WMC250EV, this electric motorcycle is being specifically designed to attempt land speed records.

The electric motorcycle has already completed its comprehensive full system pass off at Bruntingthorpe Proving Ground with Rob White at the helm.

The manufacturer says the electric motorcycle has a low voltage system and an electric motor that is capable of churning out 135 PS of power. Once, the electric bike is fully ready for a land speed record, it is expected to generate 340 PS of power output from an 800-volt powertrain. Once developed completely, it is claimed to be capable of running at a top speed of 402 kmph.

What's interesting about the mechanism of the electric motorcycle is it runs comes with a two-wheeler drive, instead of a rear-wheel-drive system. It gets two electric motors powering each wheel individually. 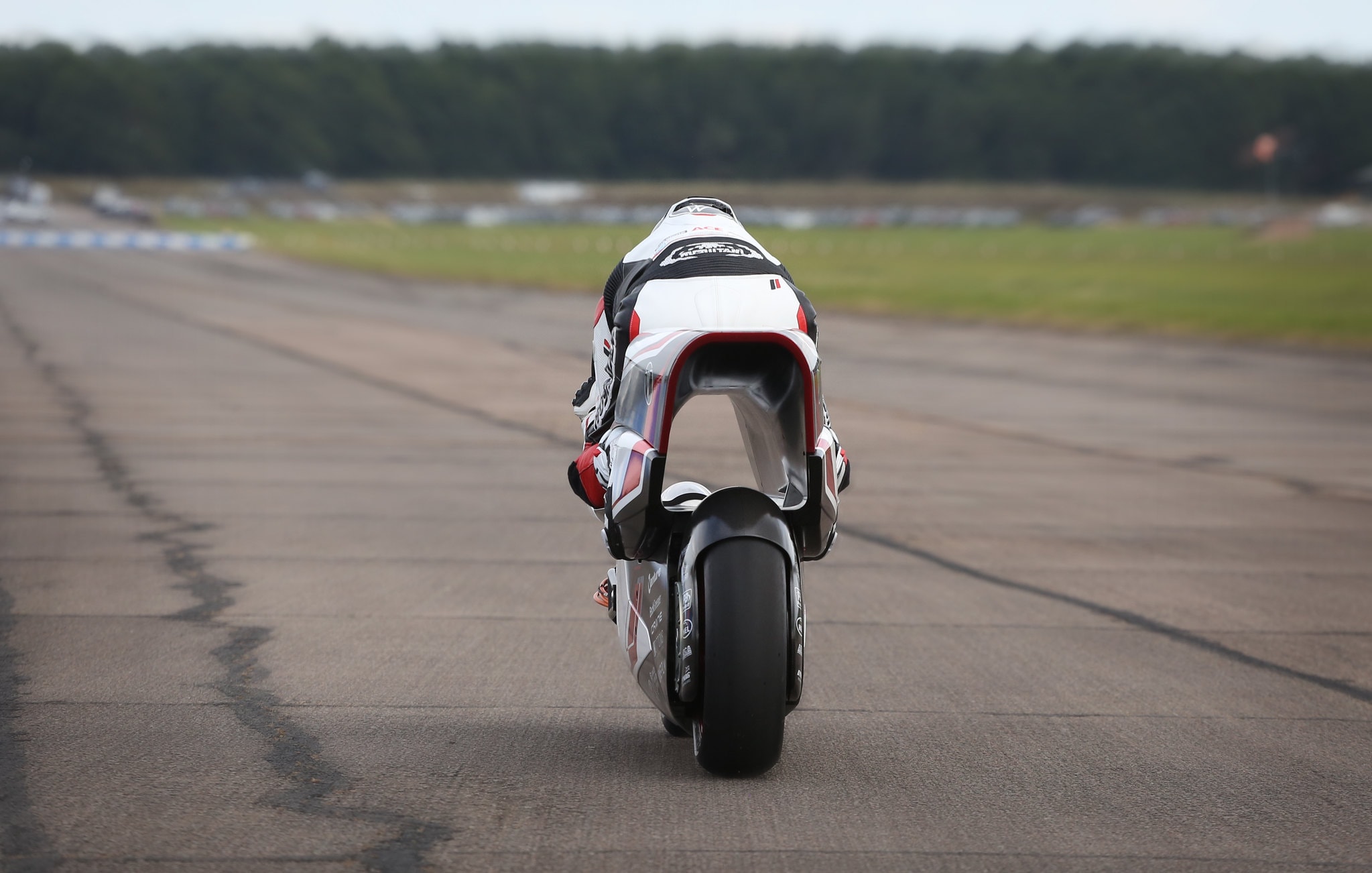 The motorcycle comes with ultra-low drag.

The design of this electric motorcycle too is very intriguing. It gets a highly aerodynamic efficient V-Air design. The motorcycle has a large duct through the middle of the mainframe. This forces air through it.

The manufacturer claims, it will help with ultra-low drag. It is claimed to reduce the aerodynamic resistance by up to 70% compared to a conventional motorcycle.

The motorcycle is not being prepared for higher-speed runs before it finally appears for the British land speed record in early next year. It will also attempt a higher speed run at Bolivia's Salar de Uyuni salt flats next year.

After that, the company plans to start producing roadgoing versions of the e-motorcycle for mass buyers. The company claims, a roadgoing version of the electric bike will get a majority of the technologies available in the current model. More details are scheduled to be revealed in October this year.