The lead motorcycle in the security cavalcade and Johnson's XJL managed to brake in time but a Range Rover - also part of the security detail - ended up ramming the Jaguar.No injuries were reported.
By : HT Auto Desk
| Written By : Shubhodeep Chakravarty
| Updated on: 18 Jun 2020, 01:58 PM 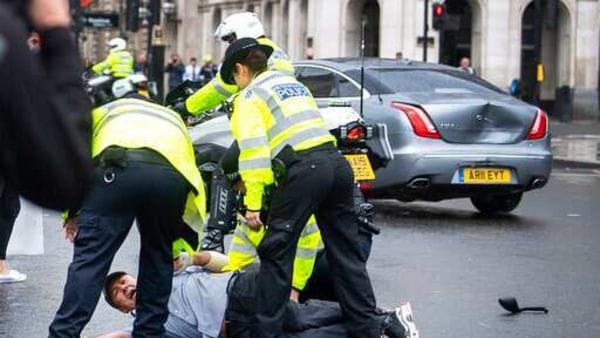 Police detain a man after he ran in front of UK Prime Minister Boris Johnson's car,

In a security breach that has sent ripples in the United Kingdom, Prime Minister Boris Johnson's grey XJL was rear-ended by a security vehicle after a protester managed to jump in front of the Jaguar. The vehicle slammed the brakes but the security car behind did not respond in time, leading to the accident.

Local media reported that a man, protesting against Turkish action against Kurdish rebels, managed to run on to the road just as Johnson's Jaguar was approaching. The lead police motorcycle and the PM's car managed to brake in time but a Range Rover - also part of the security fleet - that was following came and hit against the car. The Jaguar suffered a damaged trunk but managed to quickly exit the scene of the incident along with the other vehicles.

Security personnel quickly rushed in and nabbed the protester who had breached the cordon and warned other people to remain off the road. The accused was first pinned to the road and then taken into custody. "At approximately 14.30hrs today, 17 June, two police vehicles were involved in a collision in Parliament Square," a spokesperson for Metropolitan Police was quoted as saying by Mirror. "The police vehicles were part of a security movement. A pedestrian is reported to have stepped onto the road, causing the vehicles to suddenly stop, which has led to two of the vehicles in the convoy being involved in a damage-only collision." 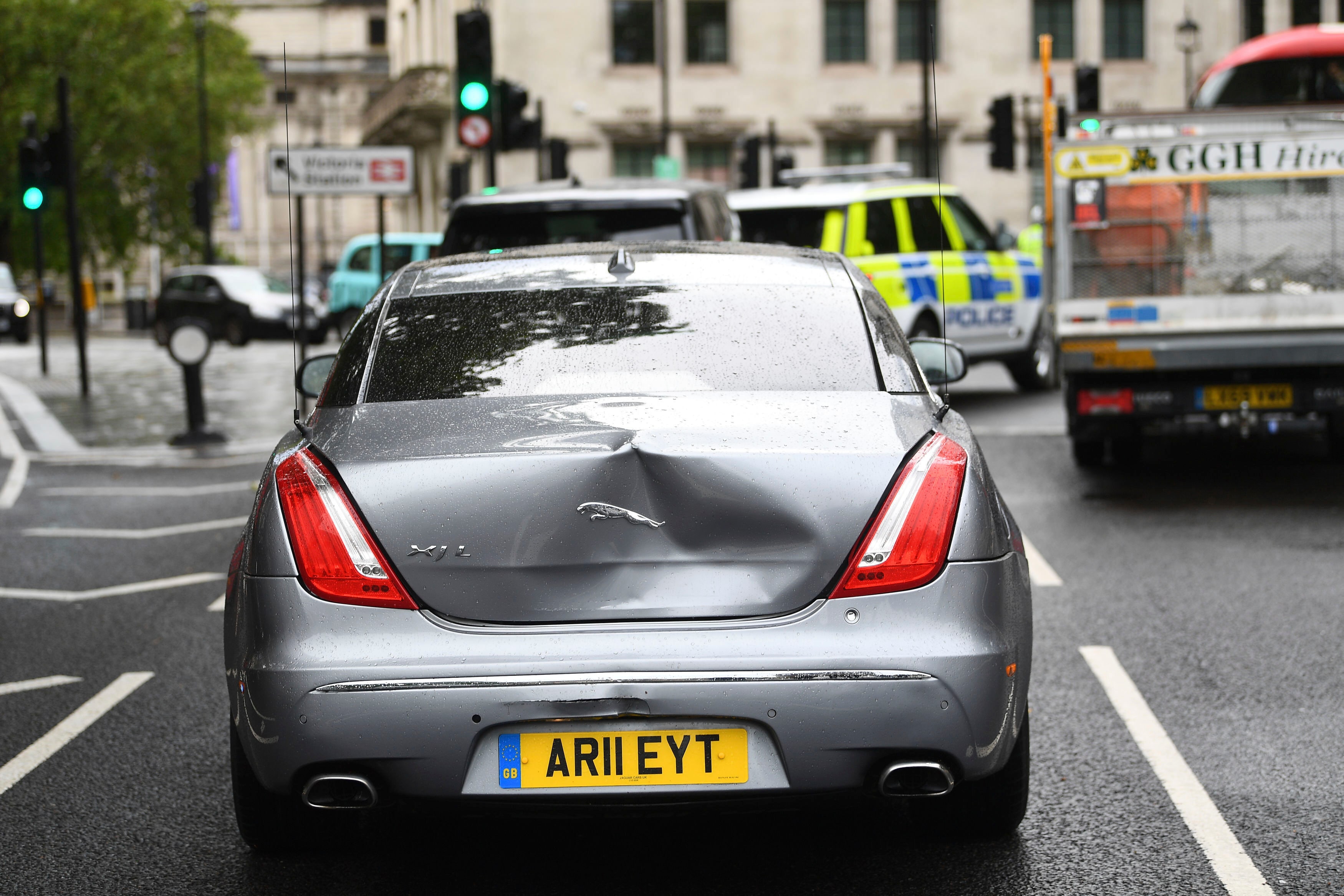 Damage to Britain's Prime Minister Boris Johnson's car after a man ran in front of it. (AP)

It was also mentioned that all vehicles in the security cavalcade managed to safely move out after the incident.

A spokesperson for Johnson later confirmed that no one was injured in the accident.