Home Auto News Another Electric Vehicle Battery Explodes In Telangana, No One Injured

Another electric vehicle battery explodes in Telangana, no one injured

Fire incidents involving electric two-wheelers from So Pure, Ola Electric, Okinawa and Jitendra EV scooters have been reported till now.
By : HT Auto Desk
| Updated on: 10 May 2022, 06:04 PM 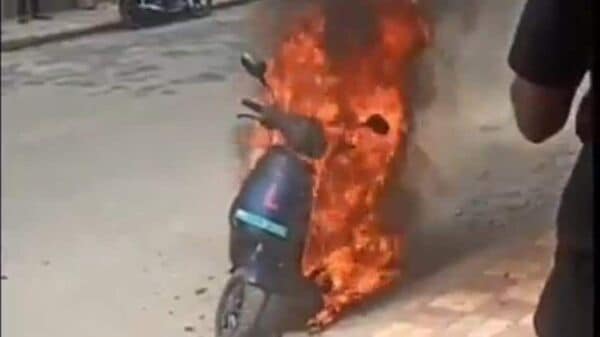 Another incident of an explosion of a battery of an electric two-wheeler has been reported in Ramadugu Mandal in the Karimnagar district. According to a PTI report, no one has been injured in the incident. The explosion took place on Sunday night in Ramachandrapur village when the owner of the electric vehicle kept the two-wheeler outside his house for charging when its battery suddenly exploded. Police said some parts of the vehicle were burnt following the fire of the EV.

This incident adds to the series of electric vehicle fires which have taken place in the last couple of months. Fire incidents involving electric two-wheelers from So Pure, Ola Electric, Okinawa and Jitendra EV scooters have been reported till now. Earlier this month, another incident of EV fire was reported in Tamil Nadu's Hosur where the owner of the EV jumped off the vehicle when he noticed fire coming out from under the seat.

A report, earlier this month, stated Road Transport and Highways Secretary Giridhar Aramane said each and every incident of EV fire will be probed. He had said a panel constituting of experts has been formed that will look into the explosions of electric vehicles, however, a report is still awaited. Road Transport and Highway Minister Nitin Gadkari had also mentioned EV companies found being negligent in the process will be penalised.