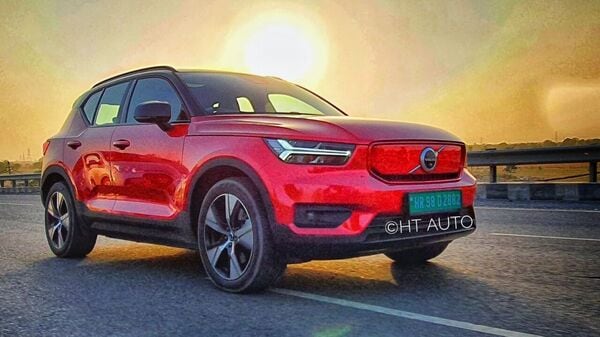 Electric models like XC40 Recharge are looking at providing Volvo with a solid base in the zero-emission EV category.

Volvo has joined a growing call among automakers which back a possible move in Euope to ban sales of petrol and diesel-powered vehicles across the continent by 2035 in order to meet emission and climate-related goals. US auto giant Ford too recently put its weight behind such a move even as manufacturers look to bet big on electric mobility.

But while a number of auto companies have backed such a move, Volvo and Ford are the only two auto brands to have reportedly signed a letter by 28 cross-industry companies which want European Union to formalize a ban on sales of cars with internal combustion engine (ICE). It is really no surprise that Volvo is part of it. “Volvo Cars plans to become a fully electric car company by 2030 and supports the end of fossil fuel vehicle sales in Europe by 2035," Jim Rowan, CEO of Volvo Cars, reportedly said. "This would not only be in-line with the goals of the Paris Agreement, which require 100% zero tailpipe emission vehicle sales in Europe by 2035, but it’s just the right thing to do. The window for us to avoid the worst impacts of global warming is rapidly closing."

The aim to have only zero emission vehicles being sold across Europe may be noble but it sure isn't as simple as it may sound or appear. A formal decision in this regard is likely to be taken come Juen when the European Parliament deliberates on the matter.

Volvo is well positioned to make the most of a shift towards electric mobility. Its XC40 Recharge EV is already being sold in various markets and was recently unveiled for India as well.

Ford too is determined to play the EV game with much enthusiasm and has a number of models lined up for sale. Whether the companies can take on Tesla in reduce the gap that Elon Musk-led company has is something that only time will eventually tell.