As a result of the acquisition, Bird will add more than 300 employees in Europe, helping it inch closer in the region to US-based competitor Lime.
By : Reuters
| Updated on: 28 Jan 2020, 11:00 AM 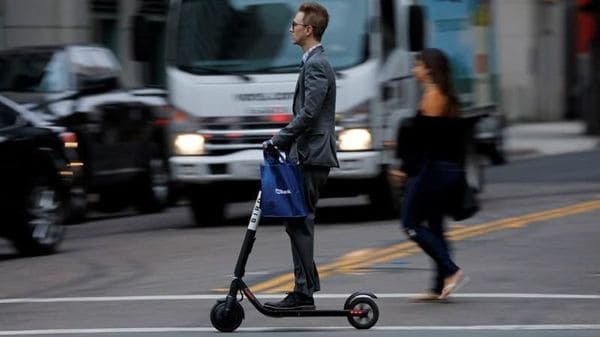 A man in a suit rides an electric BIRD rental scooter along a city street in San Diego, California, U.S. September 4, 2018.REUTERS/Mike Blake

Electric scooter startup Bird said on Monday it had raised an additional $75 million in its Series D funding round, bringing the total to $350 million.

The California-based company also said it would acquire European peer Circ, without disclosing financial details of the deal.

Bird in October raised $275 million in the Series D funding round led by Canadian pension fund CDPQ and Sequoia Capital. The deal had valued the firm at $2.5 billion before the investment.

Known for its dockless scooters that riders can locate and unlock through a smartphone app, Bird has enjoyed a stratospheric rise, while also causing mayhem in cities such as San Diego and San Francisco.

The company, founded in 2017, has raised the ire of regulators and residents because the scooters, which can be left anywhere, have littered sidewalks and parks and blocked driveways and doorways. Scooter riders on crowded sidewalks have also caused problems.