Along with the new update, the overall price of the Bajaj Pulsar 150 Neon has increased marginally.Apart from the new belly pan, there is no other major update on the motorcycle.
By : HT Auto Desk
| Updated on: 02 Jun 2020, 20:00 PM 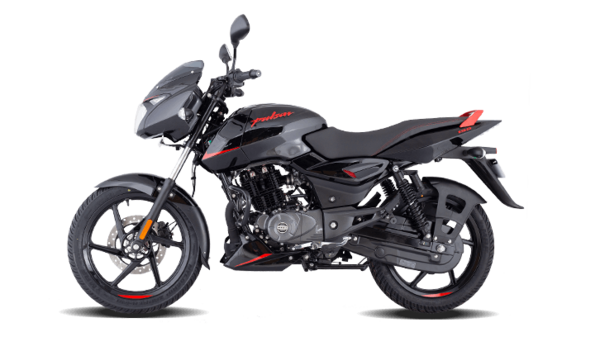 Bajaj Auto has launched the Pulsar 150 Neon motorcycle with an engine belly pan. Along with the new update, the overall price of the bike has increased marginally by ₹4,000. The bike now costs ₹90,003*.

For the record, previously only the regular Pulsar 150 single disc and Pulsar 150 twin disc models featured a similar belly pan. The former costs ₹96,960* and the latter is priced at ₹1,00,838*. Apart from the new belly pan, there is no other major update on the motorcycle.

The Bajaj Pulsar 150 Neon range comes with unique ‘neon’ colour highlights (as suggested by the name) which make it look apart against the regular paint scheme offered on the Bajaj Pulsar range.

The bike features neon coloured headlamp eyebrows, 'Pulsar' fuel tank logo, side panel mesh and rear grab rail. Moreover, its over all visual appeal is also enhanced by a 3D variant logo which sits over the rear cowl and the theme coloured decals over its alloy wheels. The addition of the new engine belly pan complements the overall sporty aesthetics of the motorcycle.

(Also Read: Bajaj Auto reports decline of 70% in total sales in May)

Its suspension duties are taken cared by a set of conventional telescopic forks at the front and a 5-way adjustable Nitrox shock absorbed which sits at the rear side. The anchoring department makes use of a 240 mm disc at the front and a 130 mm drum rear brake.