Home Auto News How Much Has Commercial Vehicles Sector Been Hit? Recovery May Take 2 Years

How much has commercial vehicles sector been hit? Recovery may take 2 years 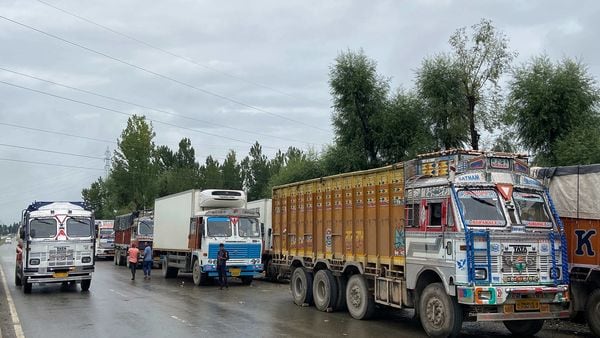 The commercial vehicle industry, which is facing "challenging" times, is expected to take at least 1-2 years to get back to the 2018-19 sales volume level when the industry crossed the one million sales mark, a top industry official said on Friday.

"If you look at the current volumes, we are down to 70 per cent of the last year's sales. In the fiscal year 2019-20 (til August), it was already 30 per cent down as compared to earlier year," VE Commercial Vehicles MD and CEO Vinod Aggarwal said at the 60th annual convention of the Society of Indian Automobile Manufacturers (SIAM).

He said the total heavy truck volumes stood at just 13,000 in the first five months of the financial year, against a "good time" demand of 30,000 trucks.

Terming the USD 1.5-trillion National Infrastructure Pipeline project as "extremely important" for the economy and the commercial vehicles, Aggarwal said investment in the infrastructure had a lot to do with the health of the CV industry.

"We depend heavily on infrastructure development and economic growth especially for the growth of the CV sector," he said.

Aggarwal also welcomed the change in the definition of micro, small and medium enterprises (MSMEs), which has increased viability of suppliers in the business.

"It is our request to the government to consider including wholesale and retail trade and repair of motor vehicles and motorcycles in the MSME Development Act, which will benefit our dealers and make vehicle retail business viable," he said.