Auto industry not in position to make further investments for new norms: SIAM 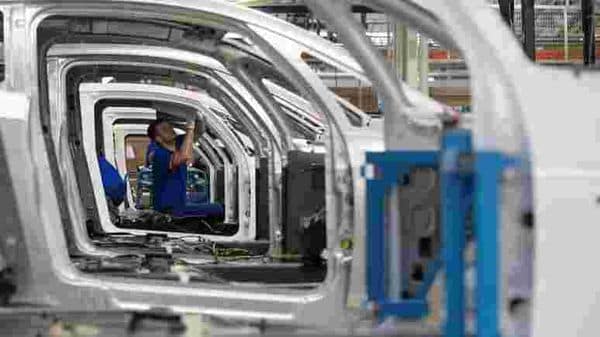 Auto industry body SIAM on Friday said that manufacturers were not in a position to invest further in the implementation of upcoming government regulations as the sector was going through an extremely difficult period.

"For (implementation of) upcoming regulations, investments are very steep and the commensurate revenues have not been realised by the industry due to lack of consumer demand," SIAM President Rajan Wadhera said while speaking at the industry body’s annual convention here.

So, the industry does not have the ability to invest further into the implementation of new regulations like Corporate Average Fuel Efficiency (CAFE) norms from 2022 onwards, he noted.

Wadhera also said that there should not be an overdose of regulations as India's emission standards are already at par with the strictest in the world.

Seeking government support to offer some form of demand boosters, Wadhera said: "We feel that whatever we are talking on reviving demand will provide the required push to consumers to come to dealerships."

He noted that demand stimulus for the industry is a must in order to achieve targets listed in AMP 2026.

AMP 2026 is the collective vision of the government of India and the automotive industry on where the various segments of the automotive and auto component industry need to be by 2026 in terms of size and contribution to the overall Indian economy.

The plan envisages taking the auto industry’s gross domestic product (GDP) contribution to 12 per cent from current 7 per cent as also generating 6.5 crore additional jobs over the 3.7 crore jobs that are already there.

It also targets to enhance vehicle production to 6.6 crore units by 2026.

"We were almost on course (for the AMP 2026), but in the last two years we have only reached (volume of) 2.6 crore vehicles... we strongly feel that if we want to stay on course on the plan, demand stimulus is required," Wadhera said.

AMP 2026 is important for the industry as it would enhance the scale of the sector, and that in turn would bring in competitiveness making the vehicles cheaper, allowing for increase in exports, he added.

While noting that the industry is behind the government in its Make in India initiative, Wadhera also pointed at the ongoing slowdown in auto industry.

The domestic auto industry was already undergoing great stress prior to the pandemic, he said.

The demand had slowed down due to the various factors like liquidity crisis, increase in ownership cost and also introduction of axle load norms for heavy commercial vehicle segment, Wadhera said.

In the first quarter of the current fiscal, domestic sales stood at 15 lakh units which has resulted in 75 per cent de-growth as compared to corresponding quarter last year and this is the steepest and the longest downturn quarter-on-quarter, he noted.

The COVID-19 pandemic further led to deterioration in the business environment, Wadhera said.

"The auto industry in India also felt the impact with supply disruptions of critical components from overseas and then of course due to the domestic lockdown. Even then, the industry made best efforts to transition to BS-VI norms from January itself," he added.

The industry is also mindful of the draft notification related to environment impact assessment issued by the Ministry of Environment, Wadhera said.

SIAM members are committed to comply with government directives, he added.

Elaborating on the importance of the automobile industry in the overall economy, he noted that the sector currently contributes 49 per cent of the country's manufacturing GDP.

In the overall GDP, the industry's contribution is 7.1 per cent and it gives employment to 3.7 crore people directly and indirectly, Wadhera said.

The turnover of the industry stood at around USD 120 billion in FY19 and the sector contributed 15 per cent to government's overall GST revenue, he noted.