Under Krafcik, Waymo secured agreements with Stellantis, Jaguar Land Rover, Volvo, Daimler’s truck group to put its technology in passenger cars and freight trucks.
By : Bloomberg
| Updated on: 03 Apr 2021, 08:34 AM 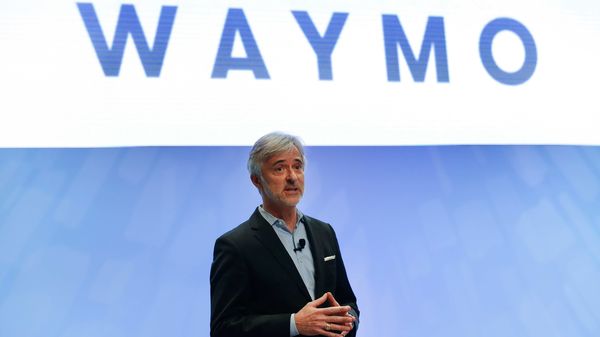 Krafcik, 59, will be replaced by Tekedra Mawakana, Waymo’s chief operating officer, and Dmitri Dolgov, chief technical officer, who will serve as co-CEOs. Mawakana was named COO in 2019, and held senior roles at AOL, Yahoo, and EBay Inc. earlier in her career. Dolgov had been CTO since late 2016 and previously had engineering positions at Google and was a researcher at Toyota Research Institute, according to his LinkedIn profile.

Replacing an auto industry veteran with executives more steeped in technology points to Waymo’s efforts to move past the industrial phase. After Krafcik cut deals with carmakers to get technology in vehicles, the company’s now moving to deploy vehicles on the road with revenue-generating services.

Under Krafcik, Waymo secured agreements with Stellantis NV, Jaguar Land Rover Automotive Plc, Volvo Car AB, Daimler AG’s truck group to put its technology in passenger cars and freight trucks. While Krafcik got Waymo’s technology in vehicles, he had said that the challenge of autonomy was a difficult one and it could take longer than expected for people to get a truly driverless experience on the road.

“Krafcik’s departure comes as the Alphabet-owned company has been slow to capitalize on its lead in autonomous technology over peers such as Tesla and GM Cruise," Mandeep Singh, senior technology analyst at Bloomberg Intelligence. “Tesla’s growing fleet of electric cars with its proprietary Autopilot system could be aiding its competitive positioning versus Waymo One, which still hasn’t been rolled out broadly."

The company sought its first funding for the business from other investors last year, raising $3.25 billion, an increase from an initial $2.25 billion. In the fall, Waymo started offering self-driving services without a test driver in Arizona.

“They went outside for funding, which was a sign that Alphabet was running out of patience to turn this into a real business," said Sam Abuelsamid, an analyst at Guidehouse Insights. Still, “John accomplished a lot in terms of building relationships at automakers. Before he got there, Google talked to a lot of automakers and got turned away."

Waymo confirmed the move on Twitter, thanking Krafcik for leading the company’s autonomous technology development for more than five years.

“After five-and-a-half exhilarating years leading this team, I’ve decided to depart from my CEO role with Waymo and kick-off new adventures," Krafcik said in the memo, adding that he will remain as an adviser. “To start, I’m looking forward to a refresh period, reconnecting with old friends and family, and discovering new parts of the world."

Mawakana brings government affairs experience to the top at Waymo. She was previously chief external officer at the company, heading public policy and communications. She also had similar roles at EBay and Yahoo.

That will be vital as Waymo seeks to run its services on public roads and charge for driverless rides. The federal government is still developing rules for self-driving vehicles and states have their own rules and permits.

Dolgov was one of the original members of Google’s self-driving project that started in more than a decade ago that became Waymo. He also worked on Toyota Motor Corp’s self-driving car program and was part of Stanford University’s DARPA Urban Challenge team that started the push into autonomous technology. He leads development of Waymo’s autonomous system.