Wrong side driving may invite permanent license termination in Gurugram

The roads are monitored with CCTV cameras. This is to ensure that people do not put any lives at risk.The police have decided that if any accident happens due to wrong side driving, then the accused will be charged under Section 304 (2) of the Indian Penal Code.
By :
| Updated on: 21 Jan 2021, 12:29 PM 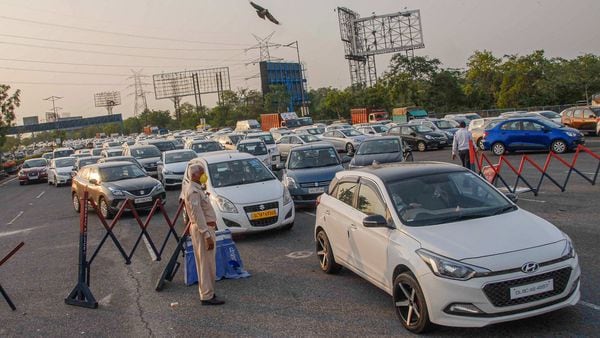 Gurugram Police has decided to take stern action against those found driving on the wrong side of the road, including permanent termination of the driving license, said Assistant Commissioner of Police Preet Pal Singh on Wednesday.

"Commissioner of Police has decided that strict legal action will be taken against anyone who drives on the wrong side of a road in Gurugram. Traffic staff has also been directed to challan such drivers along with suspending their license. If the mistake is repeated, it will invite permanent termination of the license and it will not be issued to the person ever again," said Singh while speaking to ANI.

While giving the data of road accidents in Gurugram, he said that "Based on Motor Vehicles Act; we challaned 49,671 people in 2019 for driving on the wrong side while the number stood at 39,765 in the year 2020."

The police have decided that if any accident happens due to wrong side driving, then the accused will be charged under Section 304 (2) of Indian Penal Code and will be given a minimum of 10 years punishment.

"The roads are monitored with CCTV cameras. I request everyone to follow safety rules otherwise strict action will be taken. This is to ensure that people do not put their and others lives at risk. Many people lose their lives due to negligence," Singh added.