Pakistan Suzuki offers several models in the country and the list includes Swift, WagonR, Alto and Jimny, among others.
By : HT Auto Desk
| Updated on: 06 Jul 2022, 13:41 PM 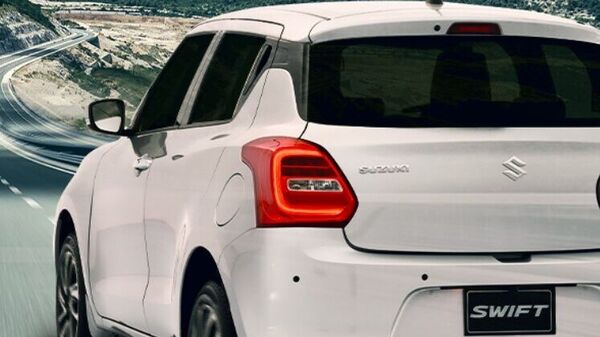 Suzuki Swift starts at around PKR 2,774,000 or approximately ₹10 lakh in the Pakistan car market.

The Pakistan automotive industry has been negotiating extremely difficult times in recent years and while a variety of factors have complicated business models of auto markets the world over, the pain here has been more in comparison. As such, automakers are finding every reason possible to cheer and Pakistan Suzuki has found one to celebrate in the form of its best monthly sales figure ever.

According to local reports, Pakistan Suzuki sold 16,000 units in the domestic market in June, beating its previous best of 15,500 units in December of 2021. Bolstered by a strong presence in the small-car segments, the company has managed to further its dominance in the Pakistani auto market where it already - and reportedly - has a 60 per cent market share.

A model-wise break-up of Pakistan Suzuki's performance is not available but local reports also go on to suggest that the Swift is the most preferred model from the company and is a firm favourite among potential car buyers in the country overall.

But the road ahead is likely to become challenging yet again because of factors such as persisting semiconductor shortage the world over and the rising fuel prices in Pakistan. The country's government has recently hiked petrol and diesel prices significantly, and this has led to widespread criticism from political rivals as well as people at large. Industry experts monitoring the automotive sector also warn of demand taking a tumble if fuel prices continue to go north. At the time of publishing this report, a litre of petrol in the country is being sold at PKR 248.74 (approximately ₹95) and a litre of high-speed diesel is at PKR 276.54 (approximately ₹106).