Demonstration tech for Virgin Hyperloop in India would be good move: Niti Aayog

The two planned Virgin Hyperloop projects in India are on the Mumbai-Pune route and possibly between Bengaluru airport and the city.
By : HT Auto Desk
| Updated on: 18 Feb 2021, 06:14 PM 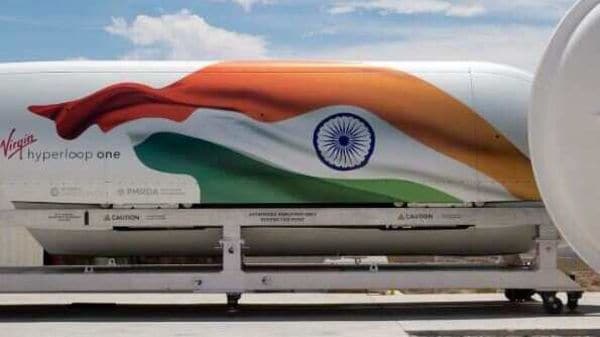 Virgin Hyperloop is inching closer to reality and India is firmly on the company's sights for its ultrahigh-speed urban mobility solution. Government think tank Niti Aayog's member V K Saraswat, while talking to PTI about the viability of the technology in India, said that it would be a good achievement for the country if a demonstration unit for it could be set up here in the next four to five years.

Saraswat, who is the head of the committee exploring the feasibility of the Hyperloop system here, also said that this project will be a part of the Atmanirbhar Bharat initiative. "(With) a demonstration unit in Maharashtra... (we could) learn a lot before we scale it up," he told PTI.

(Also raed | Is Virgin Hyperloop the next big bang in transportation?)

Noting that the Hyperloop project is still at its experimental stage and will take time to be implemented in India, Saraswat said, "The technology itself is not mature, there are safety issues, there are economic issues and there are some issues with respect to how much of it can be done in the country."

Last month, the Virgin Hyperloop company had also announced a partnership with the Bangalore International Airport in order to conduct a viability test for the proposed route from the city airport. The committee includes Sudhendu Jyoti Sinha, an adviser of infrastructure connectivity with Niti Aayog.

The first test run of the Virgin Hyperloop system was conducted on November 9, 2020 when a two-seater prototype pod made its way through a 500-metre long tube at the company's test site in Las Vegas.

A Virgin Hyperloop system essentially consists sealed tubes called pods that make use of contactless levitation and magnetic propulsion systems that can potentially reach speeds of up to 700 kmph.