Tata Motors has hiked prices at least four times during the last financial year. The carmaker said it was at the absolute edge in terms of its ability to increase prices.
By : HT Auto Desk
| Updated on: 13 May 2022, 11:41 AM 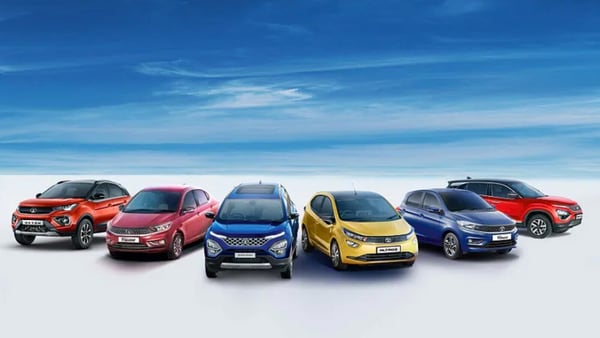 Tata Motors has warned of imminent price hike of its cars amid inflation and semiconductor shortages.

Tata Motors may soon be forced hike prices of its cars, including those from its British luxury brand Jaguar Land Rover, amid rising input costs and other factors. The carmaker said that inflation and semiconductor shortage are the biggest challenges faced by Tata Motors as the Jaguar Land Rover (JLR) owner reported improved demand. The warning of a price hike comes after Tata Motors reported a fourth quarter loss.

PB Balaji, chief financial officer at Tata Motors, said that the ongoing lockdown in China to tackle a surge in Covid-19 cases also represent an emerging risk to the carmaker. "The two big worries are inflation and semiconductors. It is going to be a challenging few months," Balaji said. He also mentioned that the Ukraine crisis has also complicated the situation.

Despite all these challenges, Tata Motors is expected to meet its profit and cashflow targets for the year. The combination of a chip shortage and strong demand has resulted in pending orders of around 168,000 vehicles at JLR.

Carmakers across the world have been forced to hike prices of their vehicles in an effort to offset steep raw material and shipping costs, which are squeezing profit margins at companies looking to recover from the pandemic. Tata Motors too has hiked prices of its cars at least four times during the last financial year. The carmaker said it was at the absolute edge in terms of its ability to increase prices. With banks raising interest rates after RBI increased repo rates, Tata Motors expects a hit in demand.

Tata Motors reported a consolidated net loss of 10.33 billion rupees ($133 million), compared with a loss of 76.05 billion rupees a year earlier. Its total revenue from operations for the quarter fell by 11.5% to 784.39 billion rupees.

Its passenger vehicle business made a turnaround in the fourth quarter and demand remained strong, Tata Motors said, “The demand remains strong despite geopolitical and inflation concerns. The supply situation is gradually improving, whereas commodity inflation is likely to remain at elevated levels. We expect performance to improve through the year as the China Covid and semiconductor supplies improve and aim to deliver strong EBIT improvement and free cash flows in FY 23 to get to near net auto debt free by FY 2024."

Meanwhile its electric vehicle business is expected to deliver strong margins and profit in the current fiscal year, Balaji said, adding that electrification plans for Tata Motors and JLR will require investments in batteries and cells. Balaji said Tata Motors expects up to 60 billion rupees of capital expenditure in the current year.