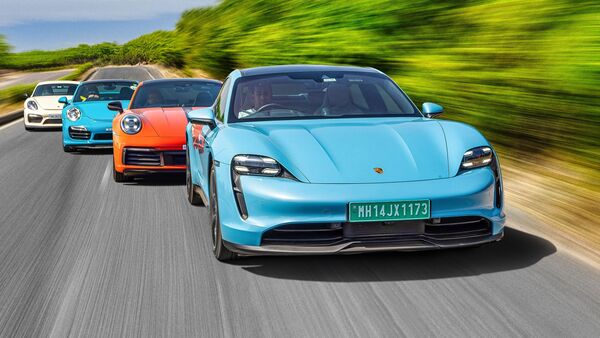 Porsche India records 118 percent increase in new car deliveries in the first half of 2022 compared to the same period in the previous year.

Porsche India recorded a massive jump in sales in the first half of the year. In the first six months of 2022, Porsche has sold more cars in India than ever before. The carmaker, which is part of the Volkswagen Group, announced that it delivered 378 units of new vehicles across the country between January and June. It is a growth of 118 percent in terms of sales compared to the same period last year.

Porsche India said that the numbers are also encouraging amid some of the ongoing challenges, like supply and semiconductor issues, that has hit the auto industry across the world. Despite the challenges, which also include the fallout of the Covid-19 pandemic, Porsche India delivered more cars so far this year than what it could in the entire year in 2018, 2019 as well as 2020.

Manolito Vujicic, Brand Director at Porsche India, said the sales figures indicate that there is demand for high-end sports cars. He said, “July marks 10 years of Porsche India serving this region and there’s no better way to acknowledge this than with our best ever half year sales performance for the first half of 2022. With the continued push towards electrification, we are heartened to see strong demand for the Taycan from day one, making it our third best-seller so far this year. Our customers and stakeholders have been outstanding and continue to be the backbone that lets Porsche India thrive. We strongly believe that success breeds success and building on our 2021 performance which was our best full year since 2014 and our strong 2022 first half, we are delighted to welcome two new retail partners to the Porsche India network which will be announced in the coming months."

Porsche India also said that there is a strong demand for SUVs in India that helped the carmaker to achieve the major sales milestone. Porsche India sold 167 Cayenne and 125 Macan, which add up to almost 77 per cent of its overall sales, during the first six months of this year. Taycan is the third best-selling model with 37 units delivered till June. The carmaker sold 27 unites of 911 Coupe and 19 units of the family-sized limousine Panamera during these months.