Mercedes-Benz teases AMG One ahead of June 1 debut, an F1-engined car under wrap 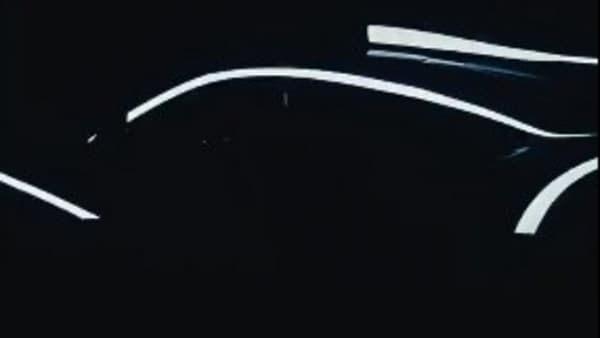 Mercedes-AMG One hypercar is expected to stay true to the original Project One concept.

Mercedes-Benz has teased its AMG One hypercar that is slated to be uncovered on June 1 after creating a lot of hype. This Formula One engine powered street-legal hypercar was first showcased through Project One concept back in September 2017 at the Frankfurt Motor Show. Since then, it has been one of the most awaited cars in the global automotive arena. Now, the car is finally ready to be revealed in its production guise.

(Also read: Mercedes-Benz to eliminate manual gearbox in its cars from 2023: Report)

Since the first showcasing of the Project One hypercar concept, test mules of the Mercedes-AMG One have been spotted several times giving us an idea of how the car is going to look like in flesh. Expect the car to stay true to the original concept, but there would be some aerodynamic tweaks in order to ensure enhanced performance. Considering Mercedes-Benz CEO's recent joke that the board members were probably drunk while approving the car, expect it to come with some insane performance and specifications. However, to learn that in detail, we have to wait a few more hours.

It’s time. Time for something big. Are you ready? 👀

The electrified F1-influenced hypercar is expected to enter production by mid-2022. Upon launch, it would compete with rivals like Aston Martin Valkyrie, which is another Formula One-inspired hypercar.

Mercedes-AMG One's production will be limited to 275 units only. It will draw power from a turbocharged 1.6-litre V6 engine sourced from F1 circuit. The ICE engine will be mated to four electric motors, each powering one wheel. Combined, the hybrid powertrain is expected to churn out a power output of more than 1,000 hp at around 11,000 rpm, making it the most potent Mercedes-Benz road car ever with the highest-revving motor.

Expect this monstrous matching on wheels to propel itself 0-200 in less than six seconds and reach more than 350 kmph top speed, as indicated during the unveiling of the Project One concept. It could run around 25 km on a fully electric mode.