Tata HBX micro-SUV will be unveiled for the Indian car market today, according to its latest teaser.
By : HT Auto Desk
| Written By : Sabyasachi Dasgupta
| Updated on: 23 Aug 2021, 12:59 PM 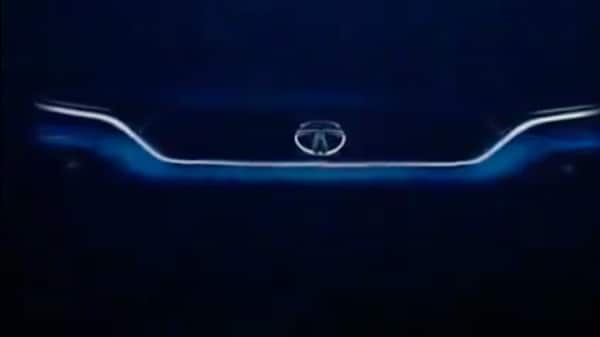 Tata Motors will officially unveil the production version of the HBX concept micro-SUV it had showcased during the Auto Expo last year.

Tata Motors has confirmed that its upcoming micro-SUV for the Indian markets will officially make debut today and could be named HBX.

Earlier this weekend, Tata had teased a short video of the HBX micro-SUV, saying it is slated to break cover soon. It had said, “It’s Showtime! The most awaited SUV now has a name," with the hashtag HBX. Now, in the latest teaser, Tata Motors has said, “The true identity of the much anticipated HBX unravels tomorrow," while confirming that the unveiling will take place on August 23.

Tata Motors had showcased the HBX concept micro-SUV during the Auto Expo last year. HBX, will take on Hyundai's upcoming micro-SUV and Maruti Suzuki Ignis, among a few others.

The teaser video shared by Tata Motors on its social media platforms gave the first glimpse at the new micro-SUV. It revealed that the car will have LED headlights and DRLs. The design of the sleek LED lights are in line with the ones seen in latest Tata models like Harrier or Safari.

The concept HBX vehicle showcased in Auto Expo promised a bold and rugged-looking micro-SUV. The teaser video seems to confirm that Tata will stay largely true to the design language. The bulge under the headlamp casing or the taillights hint at an exterior look with lots of muscles. The grille also appears thinner, as seen in other Tata cars like Altroz or Nexon, with a chrome underline separating it from the bumper.

To add to this, the HBX is also likely to get squared wheel arches and black cladding on the sides for the rugged looks. The car have been spotted several times on Indian roads testing in camouflage. It remains to be seen how close Tata will stick to the original adventure-lifestyle design of the concept car showcased earlier.

One day to go for the grand unveil!
The true identity of the much anticipated HBX unravels tomorrow. 😉#TataMotors #HBX #ComingSoon pic.twitter.com/cumYoOUw9O

There is not much detail known about the new Tata micro-SUV’s specification yet. However, it is likely to get the same 1.2-litre petrol engine under its hood which is also used to power the likes of Tiago, Tigor and Altroz. The engine is likely to be mated with either a five-sped manual or an automatic transmission with drive modes.

Tata HBX will be based on the carmaker’s modular ALFA architecture. It will stand less than four metres in length, but will have wheelbase similar to other Tata cars like Tigor. It is also likely to get a 7-inch infotainment touchscreen along with a digital instrument cluster.