In first of its kind, Royal Enfield bikes seek to invade and conquer South Pole

Royal Enfield Himalayan bikes would be part of what promises to be a daunting attempt to test the limits of the machine and showcase the formidable nature of human spirit.
By : HT Auto Desk
| Updated on: 13 Oct 2021, 11:39 AM 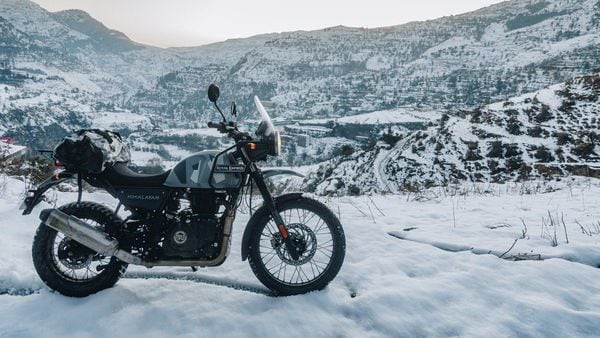 Royal Enfield on Tuesday announced that in order to celebrate 120 years of building products for the automotive world, its bikes would embark on a first-of-its-kind journey to the South Pole. Royal Enfield Himalayan bikes would be part of what promises to be a daunting attempt to test the limits of the machine and showcase the formidable nature of human spirit.

Royal Enfield is the world’s oldest motorcycle brand in continuous production since 1901 and the expedition to South Pole is a tribute to the 120-year-old journey, states the company. “Over these years, we have created and nurtured a thriving culture of riding and exploration around the world. This pursuit of exploration has been a quintessential part of our DNA, and 90° South is another chapter in our series of extraordinary, epic motorcycling rides," said Siddhartha Lal, MD at Eicher Motor Limited. “In the past, rides like Himalayan Odyssey have paved the way for motorcycling adventure in the Himalayas and an epic expedition like this to the South Pole will further inspire people to become adventurers again."

While Royal Enfield range of bikes are often regarded as trusty champions on challenging terrain, it is the Royal Enfield Himlayan that now seeks to shine in what is easily the toughest challenge. First launched in 2016, Royal Enfield Himalayan has been extensively tested at the Langjokull glacier in Iceland, with an intention to mirror the conditions in Antarctica. Phase 1 of testing was held in September 2020 while phase 2 of testing concluded in July 2021.

The Himalayan bikes to be used in the expedition have received some changes to make these even more capable. For instance,  the main drive sprocket has been changed from a 15-teeth to a 13-teeth unit for greater rear wheel torque. Tubeless wheel set up with studded tyres have also been incorporated to ensure that these can run at even low pressures and to enhance floatation on soft snow. Additionally, a stronger alternator with rare earth magnets have been used.

The Royal Enfield Himlayan motorcycles will be ridden on compacted snow track from the Ross Ice Sheld to the South Pole in order to bring down motorcycle drag and have emissions as low as is possible. The company also states that it is committed to leaving no footprint behind and that all waste, including human waste, would be brought back for appropriate disposal.