Which carmaker offers the most number of vegan-friendly models? Know here 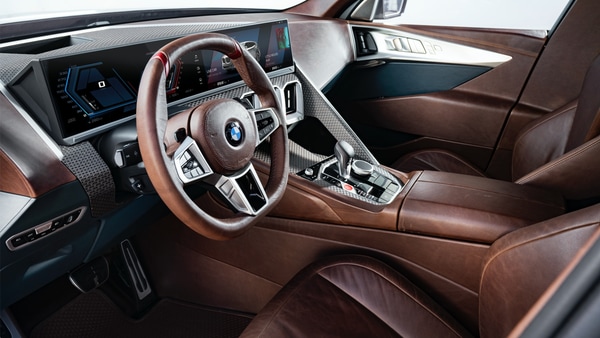 Automakers are not only opting for electrification but are also putting in the effort to reduce carbon footprints as much as possible by adopting manufacturing processes like the usage of solar energy or green steel. Along with those, they are also going for producing vegan-friendly vehicles. And believe it not, car owners, current or prospective, are taking the vegan attribute of a car very seriously.

A study conducted by a leading dealership organisation of the UK, Dick Lovett released a list of automakers that have the most vegan-friendly models in their product lineup. The findings showed that Ford has the highest number of vegan-friendly models as the number stood at 28, followed by Honda at 20 and Nissan at 19. Kia has 15 vegan cars, followed by Hyundai that contributes about 14 models. The luxury automaker Mercedes-Benz offers 13 vegan-friendly cars whereas its Bavarian competitor BMW has a mere unit of five.

Mercedes offers its B-Class, A, CLA Coupé, CLA Shooting Brake and V-Class models with a vegan interior as standard, while the Smart Fortwo is leather-free. The AMG GLB 35 is available to be requested with a choice of either Mercedes' Artico man-made leather or Dinamica, a type of man-made suede, stated the findings of the study. Mercedes C-Class, E-Class, EQC, S-Class, and Mercedes-Maybach S-Class are available with vegan interiors upon request. And if one wants to go all the way, the owner will need to make a special order for the wheels and trims to be vegan-friendly.

BMW currently has five vegan-friendly models that include the i3 and 3 Series. The 3 Series comes with BMW’s sensatec faux-leather upholstery. The automaker claims that the majority of the i3 model is made up of carbon fibre; a material that is 95 per cent recyclable.

Land Rover also makes to the list of vegan-friendly car brands as the automaker offers an off-road model Range Rover Velar with vegan properties. The model is sold with the option of incorporating Range Rover's ‘Premium Textile’ fabric which an artificial suede steering wheel, artificial suede seats, and faux leather for the dashboard.

Porsche finds itself at the last of the list with only one model. Its all-electric Taycan model comes with non-leather choices and Porsche's Race-Tex microfibre, which is similar to a semisynthetic suede. The EV's floor coverings have been manufactured from recycled fishing nets.