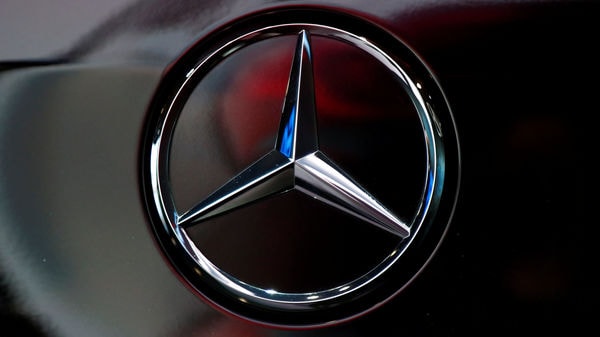 Mercedes-Benz on Friday stated that it has sold about 2.05 million vehicles last year, hence for the first time losing the position of the premium carmaker to rival BMW that sold a record-breaking 2.2 million vehicles in 2021.

Mercedes said that sales of its electric vehicles saw a 90 per cent increase, that is to 99,301 EVs. Its van arm sold about 3,34,210 units, which also noted a growth of 2.5 per cent compared to the preceding year. The biggest fall in the sales of passenger vehicles that Mercedes-Benz registered was in Europe. It constituted about 11.2 per cent whereas, in the world's biggest automobile market, the company saw a fall of 2 per cent. However, the premium automaker observed a mere rise of 0.4 per cent in the United States. Mercedes-Benz will reveal all the figures of its annual sales next week, reported Reuters.

This week BMW announced that it achieved a record sale of over 2.2 million vehicles surpassing its 2019 sales even when the auto industry is in the grip of the ongoing semiconductor shortage and pandemic. A company's spokesperson said in a statement that for the first time ever, the Bavarian automaker sold more than 2.2 million vehicles last year. “BMW is in first place in the global premium car segment in 2021," added the spokesperson.

(Also | How to change the colour of your car? Watch BMW iX M60 do with click of a button)