Maruti Suzuki True Value has sold over four million pre-owned cars through its outlets so far. The pre-owned car sales at True Value have grown up by 20.6% in the period of Apr-Nov’21.
By : Prashant Singh
| Updated on: 07 Jan 2022, 11:04 AM 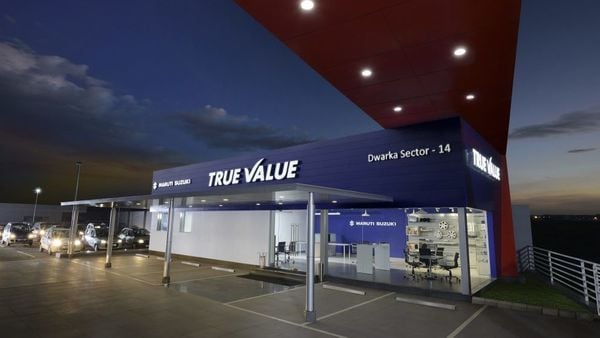 Maruti Suzuki True Value has sold over four million pre-owned cars through its outlets so far.

Maruti Suzuki True Value has recently completed two decades in the country. Originally introduced in 2001, Maruti’s pre-owned business has grown from strength to strength in the last few years. Earlier in 2021, the Alto maker announced that it had sold four million pre-owned cars through True Value outlets so far and the spike in the demand for pre-owned vehicles in the pandemic era has helped to further boost the used car business in India.

In a recent interaction with the members of the press, Shashank Srivastava, Executive Director at Maruti Suzuki said that the Indian used car market is booming and is already bigger than the new car market. It is expected to grow at a much larger rate in the days to come. “The basic thing about this industry is that is growing sharply, in comparison to the new car industry, the pre-owned car business is growing at about 1.5 times the pace in India currently. While in some of the developed markets, like the US, this ratio is close to between 2 to 3 times. Since Indian car industry is progressing at a fast pace, we estimate that similar growth in India as well in the next few years."

True Value roughly comprises 50% of the overall ‘organized used car market’ in India. On asked about the plans to scale up this business, Srivastava added “If you look at the total market, only close to 18% is the organized market, but it is now increasing as more players are pitching in. Not considering the year 2020 since the overall market took a dive due to covid, but before that, we sold about 4.20 lakh pre-owned cars, so in that sense, it was about 50% of the overall organized used car market. Also, our share in the market will automatically grow as long as the organized market grows, and then comes the part of growing the business from our end by making it more transparent, a larger network, offering a better offline/online experience, so that way we are trying to make the organized sector better and more approachable. By offering a larger network, infrastructure, more vehicle choices to the consumer, better finance, and by having new buying processes which are almost the same as buying a new car, by providing all these elements we expect our market share to grow."