Porsche has teamed up with Siemens and other international companies to build an industrial plant for the production of eFuels.Porsche also plans to convert 80 per cent of its vehicles into EVs by 2030.
By : HT Auto Desk
| Updated on: 12 Sep 2021, 12:50 PM 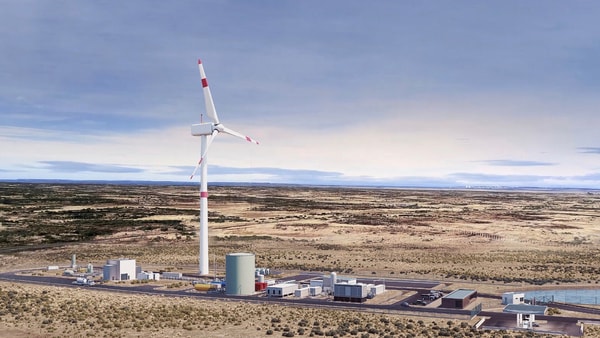 Animated representation of the industrial plant to be built in Chile.

Porsche has joined hands with Siemens and many other international companies to build an industrial plant for the production of an almost carbon-neutral fuel (eFuel) in Punta Arenas, Chile. This plant named as the Haru Oni Project will be built north of Punta Arenas in Chilean Patagonia and is expected to produce around 130,000 litres of eFuels in 2022. The capacity will be expanded in two stages to around 55 million litres by 2024, and around 550 million litres by 2026.

Porsche has initiated the demonstration project and the automaker plans to use the eFuels in its own combustion engine vehicles. Michael Steiner, a member of the executive board for research and development at Porsche AG conveyed that the company sees itself as a pioneer when it comes to renewable fuels and hence the brand aims to push the development forward. “It means that Porsche as a whole can be net CO2 neutral as early as 2030. Fuels produced with renewable energy can make a contribution to this," he added. He also mentioned that Porsche's iconic 911 model is suited to the use of eFuels.

Armin Schnettler, EVP for New Energy Business at Siemens Energy shared that this move is a delight for the company as it is making progress towards a hydrogen economy combining strong business and political support. “With Haru Oni, we’re bringing our power-to-X technology to the global market. We’re jointly developing and realising the world’s first integrated and commercial large-scale plant for producing synthetic, carbon-neutral fuels," he added.

Porsche recently also announced that it will turn 80 percent of its vehicles in electric vehicles by 2030. The sports car maker is also getting into the development of high-performance battery cells for its vehicles. It has planned to invest more than one billion euros in the next 10 years for decarbonisation.