Fuel demand had recovered to near-normal levels in March.Consumption in May slumped to its lowest since August last year amid lockdowns and restrictions in several states.
By :
| Updated on: 10 Jul 2021, 02:20 PM 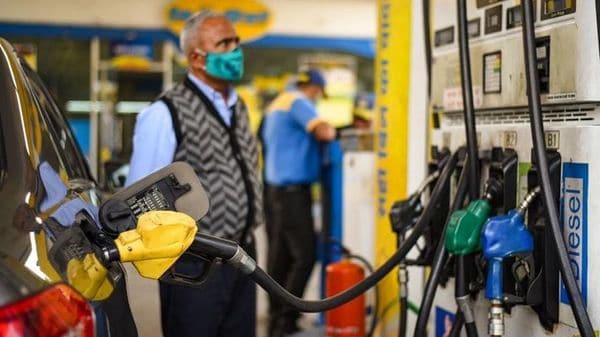 File photo: A man looks at the counter as a vehicles is filled with fuel at a petrol pump in New Delhi. Petrol and diesel prices have seen a significant increase since early parts of May.

India's fuel demand rebounded in June after slumping to a nine-month low in the previous month as restrictions to curb the spread of the pandemic were eased, helping economic activity and mobility to pick up.

Fuel consumption rose 1.5 per cent to 16.33 million tonnes in June from a year earlier and by 8 per cent over May 2021, data from the Petroleum Planning and Analysis Cell (PPAC) of Ministry of Petroleum and Natural Gas showed.

(Also Read: Delhi and other cities paying 63% tax to the central govt for a litre of petrol)

This is the first monthly increase since March.

Fuel demand had recovered to near-normal levels in March before the onset of the second wave of COVID-19 infections led to the re-imposition of lockdowns in different states, stalling mobility and muting economic activity.

Consumption in May slumped to its lowest since August last year amid lockdowns and restrictions in several states.

Fuel demand showed signs of resurgence in June after restrictions began to be eased and the economy gathered pace.

With COVID case addition continuing to decline and vaccination pace picking up, state governments have continued to reopen, though some exceptions such as Maharashtra exist.

The then Oil Minister Dharmendra Pradhan had last month stated that India's fuel demand would recover to pre-pandemic levels by the end of 2021.

"We are confident by the end of this calendar year we will be in a position to restore our original (pre-COVID) consumption behaviour," Pradhan said.

Consumption of LPG, the only fuel which showed growth even during the first lockdown because of free supplies by the government to the poor, rose 9.7 per cent year on year to 2.26 million tonnes. It was up 26.3 per cent over June 2019.

With airlines yet to resume full-scale operations because of travel restrictions around the globe, jet fuel sales at 2,58,000 tonnes was up 16.2 per cent year on year but 61.7 per cent lower than June of 2019.