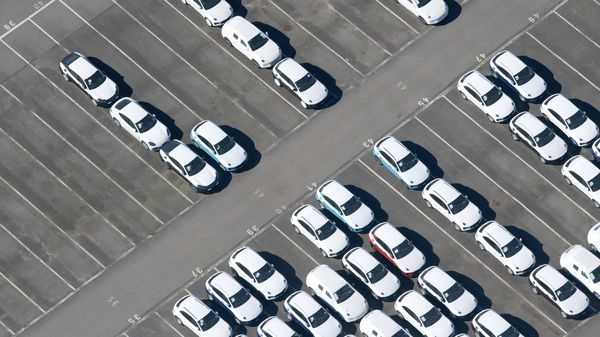 As per SIAM's estimate, the Indian auto industry is losing ₹2,300 crore in production turnover for every day of closure. (File photo)

Demand generation will be a major challenge for the Indian auto industry, as the lockdown measure is expected to dent the economy hard, an industry body said.

The auto industry has been struggling for some time now, earlier the general economic slowdown had hampered its growth during 2019, and now the production, sales and financing constraints unleashed by the lockdown has further dented the sector's fortunes.

Currently, production at factories and suppliers have been halted so are the functioning of dealerships.

The lockdown which has been deemed necessary to curb the spread of Covid-19, has dealt a heavy blow to commerce, leading to a temporary closure of shopping malls, grounding of aircraft, shutting down of factories and deserted market places.

According to Society of Indian Automobile Manufacturers' (SIAM) Director General Rajesh Menon: "Indian automobile industry is going through its most stressful period with specific challenges related to demand, supply and availability of finance because of Covid-19 related lockdown."

"Demand creation would be a major challenge."

Consequently, the industry body has sought a stimulus package from the Centre.

"Government should include Temporary Reduction in standard GST rate by 10 per cent across all vehicle categories in the stimulus package," Menon said.

"Incentive based 'Vehicle Scrappage' scheme including 50 per cent rebate in GST, road tax and registration charges for the purchase of the new vehicle," he said.

The automobile industry has repeatedly sought an 'End of Life' policy from the Central government as a measure to arrest the falling sales.

The policy, if implemented, is expected to encourage customers to go in for new purchases which will be backed-up by government incentives in lieu of their old vehicles.

As the revenues take a hit, the original equipment manufacturers are struggling to meet fixed cost and working capital requirements, he said.

The domestic passenger vehicle sales have halved in March compared to the same period of last year.

Commercial vehicle sales plunged 88 per cent to 13,027 units last month, compared to 1,09,022 units during the year ago period.

Production of vehicles last month declined by 33.61 per cent to 1,447,345 units, including passenger vehicles, commercial vehicles, three-wheelers, two-wheelers and quadricycles, as against 2,180,203 units in March 2019, the data showed.

As per SIAM's estimate, the Indian auto industry is losing ₹2,300 crore in production turnover for every day of closure.

(Also read: April could be alarming for Indian auto industry as lockdown extended till May 3)

Presently, the automotive industry accounts for almost 50 per cent of manufacturing gross domestic product (GDP), 15 per cent of goods and services tax (GST) and employs 37 million people directly and indirectly in India.