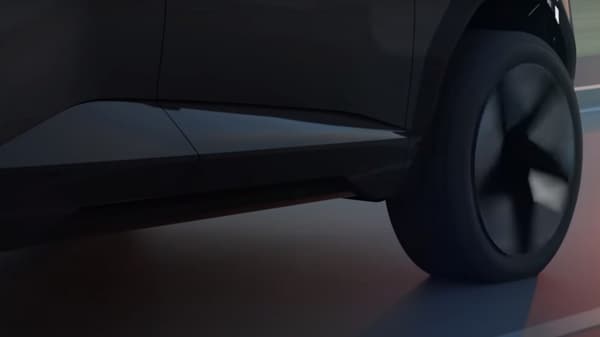 Mahindra has teased its electric SUV online through a new video ahead of the automaker's new EV series unveiling in July 2022. The automaker has already teased its range of electric SUVs back a few months back. The latest teaser video gives us more glimpses of the upcoming cars. While the automaker has not revealed the name of the upcoming car that has been teased online, it could be the premium SUV XUV900. Expect the production model to hit the market sometime in 2023 or 2024. However, before that fully grown concept is ready come soon.

(Also read: Planning to buy an SUV? There are the three models you should wait for)

Mahindra XUV900 could arrive as the production form of the coupe concept showcased by the homegrown automaker at the 2016 Delhi Auto Expo. However, the first to come out of the Mahindra's stable would be the e-XUV300, which would compete with rivals like Tata Nexon EV, MG ZS EV and Hyundai Kona EV upon launch. The all-electric iteration of XUV300 will arrive as part of the automaker's committed seven electric SUV fleet under the Born Electric range.

Distinctive design. Instinctive innovation. Brace yourself for a future that is #BornEvocative! Unveiling soon in July 2022.#BornElectricVision

The latest teaser video reveals that the new electric SUV has been designed by the Mahindra Advanced Design Europe (MADE) located in the UK, under the leadership of the automaker's chief designer Pratap Bose. The video also indicates that Mahindra has taken influence from its Formula E racing experience.

Speaking about the design the video doesn't share much about exterior details. However, expect it to come with a bold and chunky appearance that is visible in a few glimpses. It reveals the sporty off-road-focused wheels, sculpted side body etc. Other design elements include a nicely sloping windshield and a sleek ORVM which would come incorporating a camera instead of a conventional mirror.

The cabin of the EV concept has been teased in the video. It reveals a feature-packed premium cockpit. There is a futuristic steering wheel with the new brand logo at the centre, and a large and wide digital display sitting behind the steering showing various data and information about the SUV. This digital display would also act as the car's infotainment system. The central dashboard has been stretched to the back of the vehicle, creating a fighter jet cockpit-like vibe.