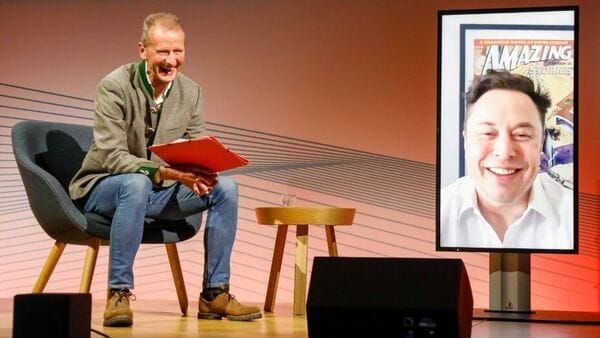 Volkswagen CEO Herbert Diess believes Tesla CEO Elon Musk is wrong on lidar technology. He believes that lidar technology is essential to achieve the Level 3 autonomous driving system, which several automakers are aiming at. He said this during a Reddit conversation around electrification, autonomy, new automotive technology etc.

While talking about lidar technology, Diess noted that Tesla CEO Elon Musk, who is a personal friend of the Volkswagen boss, has a different opinion on Lidar. Elon Musk thinks lidar technology is unnecessary for cars to achieve Level 3 autonomy. Musk even previously said that humans don't come equipped with Lidar, so cars don't need those either. He has said repeatedly that lidar is expensive, ugly and unnecessary. He also pointed out that lidar cannot recognise road signs. Instead of lidar, Tesla is more reliant on cameras.

Coming to Diess, he said that lidar technology might be still expensive, but it is currently the only way to offer redundant perception to the 360-degree camera systems. He also said that safety is really crucial in autonomous driving and for Level 3 autonomous driving, redundant perception is necessary. The German automaker has already partnered with Intel subsidiary MobileEye for its Lidar technology.

The global auto industry has been working on autonomous driving technology for quite a long time. In the last few years, the pace of development has increased substantially. Several automakers have been researching, developing and testing their respective autonomous driving systems around the world. However, none of them has yet introduced a completely driverless driving system in their mass-market models. Instead, the carmakers are currently offering ADAS driver-assist technologies in their cars that still require human intervention. Technologies such as lidar, a wide range of sensors, radars, cameras etc. are usually used for these ADAS systems.