The latest probe by German regulators simply adds to the regulatory hurdles being faced by Tesla.
By : HT Auto Desk
| Updated on: 20 Feb 2022, 05:04 PM 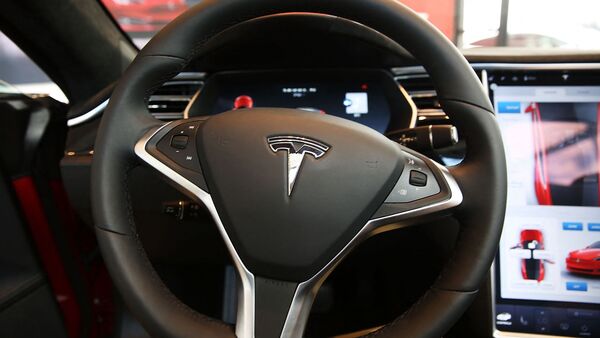 File photo of the interior of a Tesla vehicle.

EV giant Tesla is facing a review by Germany regulators over an Autopilot feature as regulatory scrutiny into the carmaker’s driver-assistance technology intensifies. The country's federal motor vehicle office KBA is investigating the carmaker's automated lane-change function and whether it is approved for use in Europe, Bild am Sonntag newspaper reported.

The KBA is also in touch with the Netherlands’ vehicle agency, which is responsible for approving Tesla cars in Europe, the report stated. The increased scrutiny of Tesla's Autopilot system is posing a risk to the carmaker's commercialization of automated-vehicle technology.

Last week, the US National Highway Traffic Safety Administration (NHTSA) opened its second probe into a possible Autopilot defect in Tesla vehicles. The electric-car maker has been increasingly drawing criticism over issues including how it branded the autonomous system of the vehicle and whether it does enough to safeguard against inattentiveness and misuse of the feature.

The latest probe by German regulators simply adds to the regulatory hurdles being faced by the electric carmaker. Progress at Tesla's first European factory, in a site near Berlin, has been slower than expected amid a backlash from environmental groups showing concerns over water use and wildlife issues.

In a separate development, Tesla is also facing the heat in South Korea where the country's antitrust regulator have launched an investigation into reports that the carmaker may have exaggerated range claims on its products in advertisements. Citing an official from Korea Fair Trade Commission (KFTC), Reuters had reported that the Tesla may have been guilty of stretching the mileage claims on some of the electric vehicle models it offers in the country.

Tesla has claims that its Model 3 can cover a distance of around 528 kms per charge. If the Tesla mileage claims in its advertisements are found to be an exaggeration, it would be a violation of the Act on Fair Labeling and Advertising.