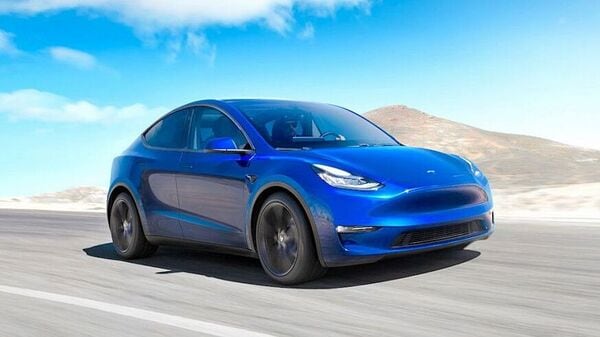 The EV manufacturer has tweeted an image of the employees in front of the automaker's Kato Road pilot facility in Fremont in California. The tweet reads "Celebrating our one millionth 4680 cell in January."

Celebrating our one millionth 4680 cell in January pic.twitter.com/d19IPFu18u

Tesla has been manufacturing its new generation 4680 EV battery packs since 2020. However, the company didn't reveal the production rate till date and where it stands currently in the second half of February 2022.

These new-age 4680 lithium-ion battery packs are claimed more energy efficient and comes with higher energy density, resulting in a more power-packed performance for electric cars equipped with these batteries. While initially it will be used in Tesla Model Y electric cars, at a later stage, the car brand will use this battery cell in other EVs as well. The made-in-Texas Tela Model Y electric cars are expected to enter the market before the end of this quarter.

As Tesla revealed during the Battery Day event in September 2020, the 4680 lithium-ion battery cell comes with a structural battery pack and it is a new cell format. It is expected to bring significant improvements in many areas despite using any new lithium-ion chemistry.

The 680 battery cells come in bigger sizes, which means they can store five times more energy than the currently used 2170 type battery cells. For example, Tesla Model Y Long Range is powered by 4416 2170 type cells. On the other hand, the made-in-Texas Tesla Model Y will come powered by a less than 900 4680 type battery cell that will have the same capacity. The higher energy density of the battery system might allow achieving the same range for electric cars using a smaller battery pack. Tesla is yet to reveal any specific detail about the MIT Model Y cars.