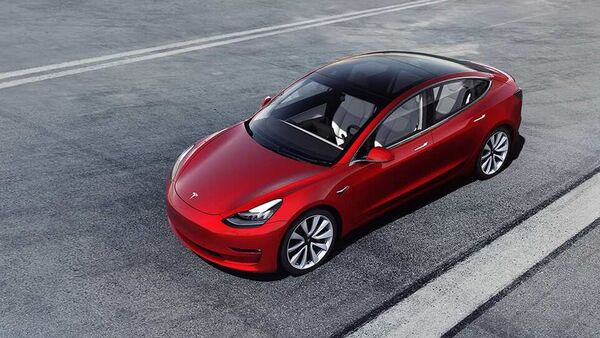 Tesla changed an advertisement about the driving range for its Model 3 in South Korea after an antitrust regulator found that the automaker exaggerated the specifications of its batteries.

US-based electric car manufacturer Tesla has been forced to change an advertisement about the range for its Model 3 EV in South Korea. The move comes days after the Korean Fair Trade Commission, an antitrust regulator, decided that Tesla had exaggerated the performance of the electric vehicle batteries and began sanctions proceedings against the manufacturer.

The Model 3 sedan was being described on Tesla’s Korean website claiming 'can drive more than 528 km on a single charge'. However, on its US website, Tesla describes Model 3's performance as "Go anywhere with "up to" 358 miles of estimated range on a single charge." 358 miles equates to about 576 kms, and much less than what Tesla claimed in South Korean markets. After local media raised the issue and the regulator stepped in, Tesla changed the range from ‘more than’ to a ‘maximum’ 528 kilometres.

The Korea Fair Trade Commission has sent a report to Tesla, saying it violated the Act on Fair Labeling and Advertising. "The KFTC plans to give the automaker the opportunity to respond to our finding and then hold a general meeting to review and determine the extent to which the automaker has violated the law and decide the level of sanctions," said one of the commission officials.

Tesla is also under scrutiny by the Korean regulator for issues regarding non-compliance. The US-based EV-maker receives an order fee of 100,000 won (roughly converted to around ₹63 lakh) when a domestic consumer tries to buy an electric vehicle through Tesla's Korean website. However, even if the consumer cancels the order, Tesla reportedly does not return the order fee regardless of whether the vehicle is shipped or not. The Korean Fair Trade Commission says it is an act of infringement on the consumer's right.