Mini is sending a select number of its consumers a car-sized puzzle to apologize for delivery delays.
By : HT Auto Desk
| Updated on: 26 Jun 2022, 10:20 AM 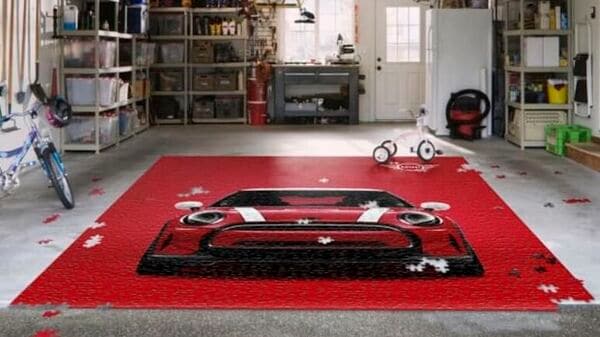 Mini has started sending a large puzzle to its select consumers.

British car marquee Mini has taken a unique strategy to apologise to its customers who have been impacted due to the delivery delay owing to supply chain disruption in the automotive industry. The automaker has sent a select number of its consumers a real car-size puzzle that depicts a Mini model.

The BMW Group-owned iconic luxury car brand has said that not every buyer who is waiting to take delivery of a Mini car will receive a life-sized puzzle but only select new customers will get one. The carmaker has started sending normal-sized puzzles to some of its other customers. The puzzles Mini is sending to its buyers come with a text written as "we're-working-hard-to-get-you-your-car, waiting-is-the-worst, in-the-meantime-happy-puzzling Mini puzzle."

The idea was developed by advertising agency Pereira O'Dell, claims the automaker. The auto company created several designs for the puzzle. However, the only image it revealed shows a red hatchback with white stripes on a red background.

The car brand said that the ongoing microchip shortage has wreaked havoc on its supply chain around the world. This has caused a diverse range of side effects including long delivery delays. Mini is not the only carmaker that has been impacted due to the microchip shortage. Several other car brands too have witnessed a wide range of headwinds due to this crisis.

Car manufacturers such as Toyota, Nissan, General Motors, Ford and even Tesla too have been forced to alter their production strategies due to the crisis. Some of them were even forced to suspend production at their plants temporarily due to a shortage of crucial parts including the chips.